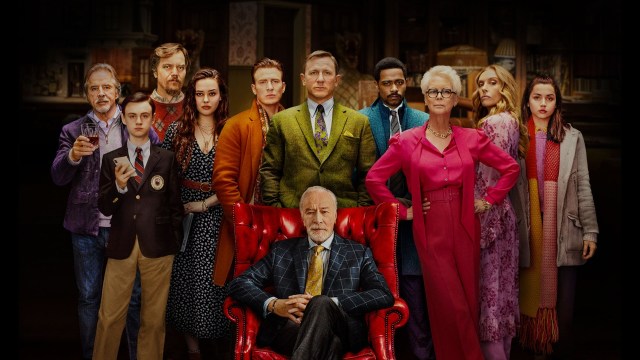 Knives Out was a critical and commercial smash when it was released in 2019. Its mix of star-studded cast, funny script, and sharp direction earned major award nominations and over $300 million at the global box office. Knives Out paid homage to a long line of mystery crime dramas that came before it, fittingly putting the genre back on the map. Or, at least, back in the study, holding a candlestick.

Knives Out was only the opening chapter. A sequel, intriguingly titled Glass Onion: A Knives Out Mystery — this time adding a Beatles song reference to the franchise’s Radiohead-inspired title — will see Daniel Craig’s return as detective Benoit Blanc to movie theaters at the end of 2022. Netflix is backing the $469 million deal to see writer-director Rian Johnson complete his Knives Out trilogy.

Getting the Knives Out

Knives Out’s detective Benoit Blanc is the “Last of the Gentlemen Sleuths,” acknowledging the illustrious pedigree that came before him. The movie refreshed the detective genre with some deliciously dark and subversive twists, as might be expected from Johnson. The filmmaker’s resume already included the blind alleys of Star Wars: The Last Jedi, the quirky hard-boiled mystery of Brick, and the casting chutzpah of Looper.

One great genre tradition Knives Out built on was pairing up Craig and Ana de Armas, detective and suspect, as two mismatched buddies. It was chemistry the pair took to the James Bond franchise for Craig’s last outing as the superspy, and there’s always a chance Blanc could eclipse his stint as that other movie icon. Craig took the accent he rolled through Logan Lucky to create a memorable ‘Southern Gent’ for the big screen.

Johnson has been open about Knives Out’s many influences, including classics that retained their reputation as the mystery genre’s popularity waned. If you liked Knives Out, these are the ten other movies worth a night in.

Not the first Pink Panther film, but when Inspector Clouseau took center stage. All detective pastiches owe a debt to this stunning collaboration between director Blake Edwards and star Peter Sellers as the famously useless French policeman.

An underrated comedy-mystery from Shane Black, who had arguably perfected buddy movies 30 years before when he turned in his script for Lethal Weapon. The writing is typically sharp, and the buddy dynamic between gumshoe Ryan Gosling and enforcer Russell Crowe never fails to entertain. If the witty and off-kilter relationships in Knives Out are your thing, you should add this to your list.

The Nice Guys has a classically broad canvas as the mismatched partners’ investigation of suicide in 1970s Los Angeles uncovers a vast conspiracy. Black uses his full chemistry set to distill cynicism and dark humor through classic noir, letting the lack of easy answers spark for themselves.

We’re used to games and toy franchises being turned into big-budget movies, but Cluedo’s magnifying glass got there first. In Clue, a starry comedic cast inhabit these famously colorful characters. But the real joy is Tim Curry’s manic butler, who steals every scene as the exclusive guest list is whittled down.

Clue is an absurd twist on Agatha Christie’s most famous works, bouncing along on a comic script to not one or two but three endings.

Stephen Sondheim enjoyed a good mystery  — his elaborate scavenger hunts supposedly inspired British playwright Anthony Schaeffer to write his influential masterpiece of deception Sleuth. Sondheim’s only screenplay, co-written with Anthony Perkins, pushes the mystery onto the sea as a group of friends are roped into an elaborate game on a Mediterranean cruise marking the first anniversary of the death of Sheila, a former gossip columnist.

The originality of the script Herbert Ross brought to the screen stood out in the 1970s when many movie mysteries were adaptations. It’s proved immensely influential, and its darkly comic nautical plot is likely to leave a giant fingerprint on Glass Onion: A Knives Out Mystery.

This movie may be based on the hard-boiled detective stories of Raymond Chandler, but it’s the personalities, human, and toon, that make Who Framed Roger Rabbit such an entertaining watch. Oddly for a film so fondly remembered for its visuals, it was adapted from the novel Who Censored Roger Rabbit? In that sense, it’s a more traditional crime mystery than Knives Out, but the recent smash shares its innovation and subversive streak.

Who Framed Roger Rabbit? remains a technical feat, packed with references to cinematic history. But for all of director Robert Zemeckis’ typical visual innovation, it’s the mismatched buddying up of Bob Hoskins Eddie Valiant and the Charles Fleisher-voiced rabbit that powers the plot along — strangely easy to relate to Knives Out’s Benoit and Marta if you take out the acme-violence.

This neo-noir brings together a phenomenal cast as the six strangers and one rather odd employee who find themselves together at the titular hotel on the California–Nevada border. Naturally, some dark revelations are on the horizon.

Drew Goddard’s vivid morality tale is set in the early 1970s, and it’s an easy follow-on from the retro-stylings of Knives Out. But if you’re familiar with the way Goddard’s meta-horror deconstructed that genre, you’ll know what to expect from his take on a group of strangers brought together on a fateful night.

In many ways, Agatha Christie’s Orient Express is the ultimate detective mystery, particularly in its fiendish resolution. While Kenneth Branagh’s attempt to bring modern sensibilities and a first-class mustache game to the text doesn’t beat Sydney Lumet’s 1974 adaptation, it just about matches its star power.

The claustrophobic setting that set imaginations alight in Christie’s original page-turner reaches its CGI peak here as the train stalls in snow drifts in Croatia. It’s fortunate for us, if no one else, that the world’s greatest detective and his little gray cells are onboard. A worthy Christie adaptation worth catching for its sideways relationship with Knives Out.

This Japanese mystery was so successful it launched a franchise, including sequels and a spin-off series. Based on the Seishi Yokomizo novel about eccentric detective Kosuke Kindaichi, it opens with the death of the elderly patriarch, leaving the future of his pharmaceutical company as a prime motive. If that already sounds reassuringly familiar, some divisive and surprising turns soon set the wolves among the family chickens.

A similar approach to Knives Out, where a detective enters a world of extreme wealth. However, The Inugami Family waits for more heads to roll before Kindaichi appears to tackle the mystery and police confusion.

A softer Poirot, but just as effective as the detective’s other incarnations. This is the first of Peter Ustinov’s six delicious turns as the fussy Belgian detective. What Death of the Nile lacks in comparison to Murder on the Orient Express’ brilliant concept, it makes up for with stunning location shooting and river-bound claustrophobia.

It’s an exotic take on themes of wealth, jealousy, deceit, and romance and probably stands as a fresher mystery than its train-based rival, thanks to the other’s greater familiarity. The murder of a newlywed and thoroughly unlikeable heiress brings out one of Agatha Christie’s finest combinations of a complicated plot, final act twists, and suspects seemingly beyond suspicion.

Gosford Park may be more famous for inspiring the Downton Abbey spin-off thanks to its shared writer Julian Fellowes, but this ensemble piece has the pretense of being a crime mystery. It’s a pretense as director Robert Altman is far more interested in the secrets and scandals at work in the British class system of the 1930s.

A first-rate satire, Gosford Park flits around the revelations that make a shooting weekend at an English country house far more literal than anyone expected. There are bumbling police detectives on hand, but Stephen Fry’s Inspector Thompson is no Benoit Blanc. If you’d prefer your crime around rather than at the center of the plot, there’s fun in watching this stellar cast play with an ambiguous script.