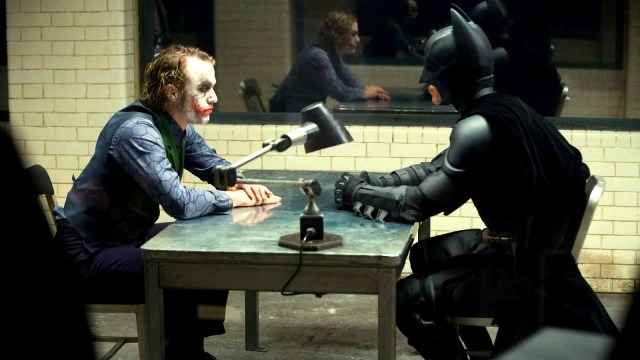 If you take 100 fans of superhero cinema, and ask them to name their favorite comic book adaptations of all-time, there’s a distinctly high possibility that The Dark Knight would get mentioned by almost every single one of them.

Christopher Nolan’s stunning second chapter in his Batman trilogy is a landmark in modern blockbuster cinema for a number of reasons, not just to do with the movie’s billion-dollar haul at the box office and awards season glory. Hell, the United States Library of Congress even deemed it to be “culturally, historically, or aesthetically significant” when preserving it in the National Film Registy, a huge rarity for a tale of costumed crimefighters.

Countless filmmakers have gone on to cite The Dark Knight has a huge influence on their own work, and it continues to loom large over landscape to this day. Speaking of which, this day also happens to mark exactly 14 years since audiences first had the chance to watch Christian Bale and Heath Ledger engage in a battle for Gotham City’s soul, and fans are out in force to pay tribute.

The biggest problem caused by The Dark Knight is that any Batman adaptation or reinvention of the Joker will always be compared to what Nolan and Ledger brought to the table. That’s not entirely a bad thing, but Matt Reeves’ recent reboot and Barry Keoghan’s incarcerated Clown Prince of Crime were being compared to the sprawling epic from the second the gritty blockbuster released.

Then again, it comes with the territory when one of the best examples of its genre ends up being followed by a spate of new spins within the space of little over a decade.