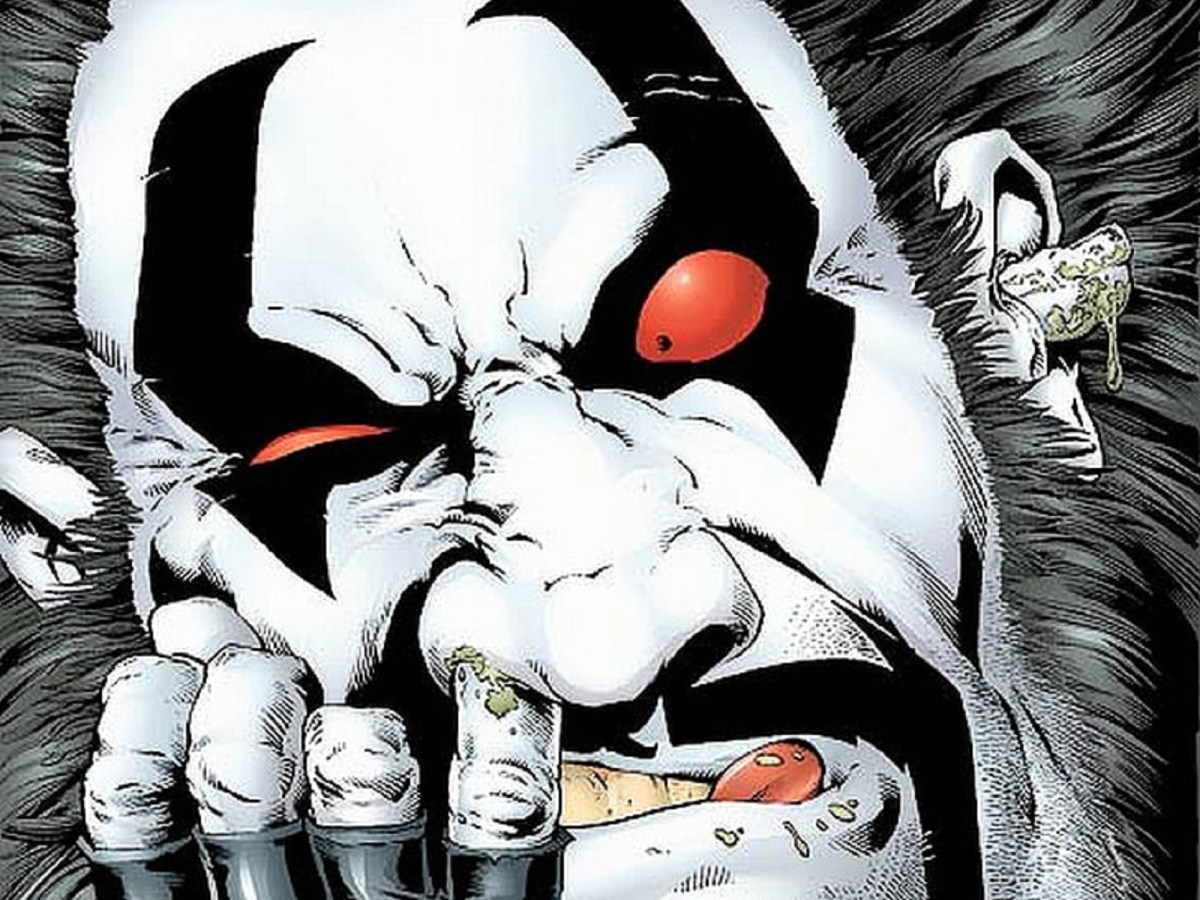 Marvel fans can be fickle, of that there is no denying. Taika Waititi was the belle of the ball after his quirky take on the God of Thunder in Thor: Ragnarok. The film’s success catapulted him to mainstream stardom. Soon thereafter, he would take home an Oscar along with several nominations, including Best Picture for 2019’s Jojo Rabbit. When he returned to the Marvel fold for Thor: Love and Thunder, expectations were high for this to be his crowning achievement.

Despite raking in multimillion-dollar profits, the fan and critical reaction was blasé at best. By and large, audiences were left underwhelmed by Thor’s strange love triangle with inanimate objects – namely his hammer, Mjölnir, and axe, Stormbreaker. Between a silly, lackluster plot with a baffling conclusion and bad special effects, Love and Thunder has left a bad taste in the mouths of Marvel fans.

Before anyone throws out the proverbial baby with the bathwater and deems the famed director unfit for another comic adaptation, consider these potential gems waiting for his midas touch.

Another shot with the MCU?

The Bar with No Name

With all the hate aimed at Waititi’s handling of Love and Thunder, it’s reasonable to assume the writer/director would be less than inclined to return to the MCU. Then again, that would be stepping away from millions of dollars. Rather than walking out Marvel’s digitally-rendered door, perhaps he should look at other projects and let someone else steer Thor’s Asgardian ship.

Ever since James Gunn made the Guardians of the Galaxy household names, Marvel has been combing the depths for more obscure, quirky characters. Kevin Feige and company have particularly enjoyed exploring the more absurd villains. In She-Hulk: Attorney at Law, we were introduced to the likes of the Porcupine, among others. If the studio wants some great comedy with Z-list comic book villains, reserve a table at The Bar with No Name.

First introduced in 1986, this is the hangout for all the henchmen and second-rate supervillains. Having a movie or possibly a streaming series that focuses on the happenings among these haphazard (and oftentimes lovable) bad guys would be perfect for Waititi’s talents. Whether it’s a series of vignettes that humanize the eccentric characters or a larger plot that brings together a hilarious team of rejects, The Bar with No Name is ripe with potential stories that fit the director’s trademark brand of humor and heart.

One of the most common complaints about Love and Thunder is that it was much too silly with little effort put into the drama. We have seen that Waititi can handle more dramatic moments, particularly with a couple of tear-jerking scenes in Jojo Rabbit. However, his films and series are typically more comedy than drama. That being said, it may be best for him to shift his focus to a character created for the sole purpose of satire.

Sooner or later, we’re going to get a full Howard the Duck MCU project. He first appeared on the Marvel Studios radar with cameos in both GOTG and GOTG Vol. 2. If you look closely during the massive Avengers: Endgame final battle, he’s there, too. More recently, we saw him in the Marvel Zombies episode of What If…? No doubt, Feige and the braintrust have the character in mind, and Waititi would do wonders with this character. In his hands, Howard could redeem himself from the awful George Lucas adaptation from 1986.

If Waititi is ready to move on from the MCU but wants to stay in the superhero world, his old pal James Gunn will almost certainly be waiting with open arms. Since I have touched on this subject before, I won’t rehash the entire list. Still, it’s worth mentioning a couple other possibilities, one of which has been dominating DC headlines as of late.

Ever since Gunn teased Lobo, the rumor mill has been overheating. Now there’s gossip that Jason Momoa will hand over Aquaman’s trident in exchange for Lobo’s guns and cigar. With such a slam-dunk of a casting, all it needs is the right director. Enter: Taika Waititi.

Although initially portrayed as a serious bounty hunter and straight-up villain, DC’s “Main Man” has taken a more comedic role since the late 1980s and into the ‘90s. No doubt, having Momoa star as Lobo in a movie directed by Waititi and produced (if not co-written) by Gunn would be a blockbuster.

There’s much more to comics than just Marvel and DC

Mainstream audiences may be firmly entrenched in the cinematic universes of Marvel and, to a lesser extent, DC, but comic fans know there is so much more than just the big two. There is a treasure trove of characters and franchises from smaller publishers waiting to be explored. Waititi could spread his wings with more mature content, not to mention more creative freedom since he would be dealing with lesser-known properties like these.

Here’s an alternative superhero comic that deserves a high-profile adaptation. Fellow ‘90s kids will remember the short-lived MTV cartoon, but The Maxx needs something much bigger, and Waititi would be the man to deliver just that.

One of the original Image Comics titles, The Maxx #1 was published in 1993. Created by legendary comic book artist and The Sandman alum Sam Keith, The Maxx is a dark comedy psycho-fantasy that does not get near the credit it’s due. Brought to life by Keith’s darkly beautiful artwork, the story alternates between fantasy and reality. In the real world, Maxx is a homeless man living in New York City, but his mind travels to another world called “The Outback,” where he fights small, predatory humanoids, the Isz, while protecting “the Jungle Queen.” She just so happens to be Julie Winters, his social worker from the real world. Sprinkle some humor over the top of this weird tale, and you’ve got the gist of it.

This is a complex story that would be tough to properly adapt into a single movie, but it would be great for a streaming series with Waititi taking point.

Vampires are trendy again. Between Anne Rice’s The Vampire Chronicles and Marvel’s Blade creating buzz, it should usher the blood suckers to their former pop culture glory. Of course, Waititi is well ahead of that curve with the vampire comedy, What We Do in the Shadows. It just so happens there’s another Image Comics adaptation ready and waiting for his touch.

Created by superstar comics writer Donny Cates, Redneck follows a family of vampires deep in the heart of Texas. The Bowmans have lived a peaceful existence, operating a barbecue restaurant and surviving on cow’s blood. As you might guess, things go awry, and it puts the vampires at odds with the local townsfolk.

Considering the universal praise Waititi has received for What We Do In the Shadows, it would be interesting to see his take on a family of backwoods Texas vampires. No doubt, he is capable of doing a spectacular job, but it may be too close to Shadows for his liking. Still, we can dream.

As much as Waititi seemed to enjoy personifying Mjölnir and Stormbreaker as Thor’s scorned lovers, the director should delve into God Country. This time last year, it was reported that Netflix was working on adapting the story into a movie, and there’s been no word on a director. This could be a gem in Waititi’s hands.

The story centers on Emmett Quinlan, an elderly man who suffers from dementia. When a strange tornado drops a magical sword straight from the cosmos into his lap, he finds that touching the weapon makes his mind whole again. Similar to the Thunder God’s mighty hammer, this magical item has a name, Valofax. It also talks and has its own personality. Emmett must defend his Texas home from intergalactic monsters looking to take Valofax for themselves.

Although the story itself leans more toward the dramatic side, it does have a sprinkling of humor. Put it all together, and Waititi would be the right choice for God Country.

I am going to wager that Waititi is a fan of The Mask, one of the roles that solidified Jim Carey as a comedic superstar in 1994. (There was the awful slew of sequels and the Saturday morning cartoon, but let’s pretend those don’t exist, shall we?) The initial film was a massive success, and it allowed the actor to flaunt his cartoony antics in what was basically meant to be a cartoon come to life. Bursting with silliness, clever jokes, and a frankly ridiculous plot, it has all the elements fans have come to expect from a Waititi project. However, doing a straight reboot or even a direct sequel just seems too easy and bland for someone of his talents. That’s why he should do a true adaptation straight from Dark Horse Comics.

Forget all you know about The Mask you saw in ‘94. Although Carey’s film was based on the comic, Big Head was watered down to be more tame and family-friendly. While the live-action version has similarities to the comics, Dark Horse’s creation was…intense. It was packed with bloody and brutal action mixed with ample adult humor. That would be perfect for Waititi, who could do wonders with material that is wide open to interpretation.

This being the internet, negativity abounds. Despite the fact that even the most legendary of filmmakers is due a dud every now and again, there is no forgiveness for Waititi online…at least not at the moment. Realistically, we know that he is a capable writer and director, and he will find success. Whether or not he chooses to stay under the Marvel banner is still a question. For that matter, he may be finished with the superhero crowd. Here’s hoping he comes around.