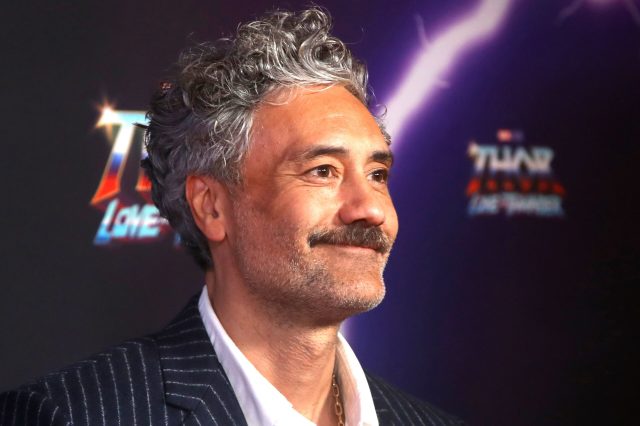 If the internet is good for anything, it’s churning the rumor mill waters. Since last year, the hot gossip has been that famed director Taika Waititi has been in talks with Warner Bros. Discovery about bringing his talents to the DCEU. To be clear, absolutely nothing official has been said or implied about this, so it’s purely speculation at this point. With Waititi’s A-list stature, it’s almost a given that WBD would want him to join the DCEU, which makes the gossip all the more tantalizing. That makes it an idea deserving of a deeper dive.

Waititi’s bread and butter is satire and slapstick comedy. When he’s on his game, the results are spectacular. By the same token, the reverse is also true, and not every character and franchise is right for his directing style. Find the right project, and he could have a blockbuster in the waiting.

With that in mind, let’s explore 10 possibilities.

No doubt, Waititi loves a good fish-out-of-water tale. He put himself on the mainstream map with his interpretation of Thor and the vampire sitcom, What We Do In the Shadows. If there’s any DC character who would be perfect for such treatment, it’s Martian Manhunter.

With a name like Martian Manhunter, this is a classic character who has an undeniable level of kitsch. His traditional costume looks like a mashup of a professional wrestler with Sean Connery’s weird suspenders-and-briefs outfit (made complete with knee-high pirate boots) from Zardoz. The fact that Martian is in his name sounds like something straight from a bad sci-fi movie.

Created in the 1950s when stories about little green men from Mars abounded in pop culture, he was no doubt a take on the much-used trope. As a founding member of the Justice League of America, the character has mostly been taken seriously in the comics, but he’s struggled to stay relevant in the modern age. We caught a glimpse of him in the Zack Snyder cut of Justice League, but WarnerMedia contends that ship has sailed, making this a great time for Waititi to reboot the character for the silver screen.

With Guardians of the Galaxy, James Gunn reinvented the way mainstream audiences view superhero cinema. His take on one of Marvel’s more obscure titles led to a pop culture phenomenon. Since then, it’s inspired plenty of copycats housed under the Marvel Studios banner, the most prominent of which has been Waititi’s Thor entries. While Gunn upped the ante with the R-rated The Suicide Squad and its spinoff, Peacemaker, Waititi would be ideal to bring his trademark work-themed sitcom style to Teen Titans.

The team already has a live-action adaptation in the series Titans, but the DCEU has no qualms about dual movie and television interpretations. Waititi’s directorial and comedic style would be well suited not for the older, more mature Titans, but rather the Teen Titans, with the emphasis on teen.

Although Waititi made his mark on pop culture with one of Marvel’s most famous Avengers, the satirical approach tends to work best with lesser known properties where fan expectations are minimal. Comic book characters don’t get much more obscure than Ambush Bug.

The whole idea behind Ambush Bug is that he is the fourth-wall-breaking voice of the DC editors. Think of him as a less-violent Deadpool, as Ambush Bug points out continuity errors and pokes fun at classic comic book clichés while oftentimes speaking directly to the readers. In the age of superhero satire, he is a character ripe for the DCEU.

What would likely be more appealing to someone of Waititi’s caliber is Ambush Bug’s questionable origin story. On the surface, he would appear to be your average sole survivor of his interdimensional home. When he came to Earth-One, he took on the name Irwin Schwab as a disguise. Then again, it’s left in the air if Irwin is mentally ill, and Ambush Bug is part of Irwin’s psychotic break. Even better, Irwin could be the byproduct of a mentally ill Ambush Bug who never left his dimension. Who better to have fun with that convoluted and thought-provoking story than Waititi?

The more modern interpretation of Conner Kent wouldn’t work so well in Waititi’s hands. Clad in his cool black t-shirt with a red Superman logo, Superboy is the Titans’ powerhouse — and too serious a character for the director’s tastes, I would imagine. Instead, Waititi should take on the infamous 1990s Superboy.

The original Superboy first appeared in 1945’s More Fun Comics #101. Superman himself was created to attract younger comic readers and the DC editors doubled down on that notion with Superboy. All the way into the 1980s, Superboy was a staple of the DC Universe with various titles and teams. Then in 1993, the character was completely reinvented with a cringeworthy ’90s look (complete with leather jacket) and bratty attitude.

As the comics go, after Superman died in his battle with Doomsday, Project Cadmus attempted to engineer a Kal-El clone. What they got was Kon-El/Conner Kent, a trendy update on the Superboy concept who couldn’t age past 16. He would soon move to Hawaii, where he proclaimed himself state’s protector.

In the past year, along with the DCEU rumors, Waititi has specifically been mentioned in Superman fan gossip. Of course, much of the Superman faithful gasped at the mere notion of Waititi taking over the Man of Steel. However, hand him the right Kryptonian, and you could have a massive hit at the ready.

Again, Supergirl is perfect for the fish-out-of-water genre that Waititi is known for. Sure, he tends to lean on over-the-top, ridiculous performances, but that is the fine tradition of live-action Supergirl projects. From the ‘84 movie starring Helen Slater to Melissa Benoist’s starring role in the CW series, corny and ridiculous is Supergirl tradition at this point. As we’ve seen in Jojo Rabbit, Waititi can also deliver the moving drama when it’s necessary. Put the satire with a dash of heart-wrenching drama, and this could be the director’s ultimate DC project.

Seriously, when will Warner Bros. get its act together and bring the “Main Man” to live action? Everything fans love about the live-action Deadpool, The Suicide Squad, and Peacemaker was first mastered in the comics by Lobo. He’s an R-rated superstar waiting to happen, and the studio is leaving money on the table every day his movie doesn’t happen.

Much like Deadpool, Lobo was introduced as a straightforward villain before being transitioned into a comedic role. Actually, Lobo did it first. After being mostly forgotten in the 1980s, he was resurrected as an intergalactic bounty hunter who became a satire of the gritty, overly buff 1990s characters just oozing with toxic masculinity that dominated comics at the time. Hand him over to Waititi right now.

With a character like Guy Gardner, DC has several creative options for bringing him to the big screen. Along with being the angriest Green Lantern, he’s wielded a Red Lantern ring, joined the Justice League International, and picked up a different set of powers when he was Warrior in the ‘90s. In those incarnations, he’s done comedy, drama, and plenty of action, giving any potential filmmaker a wide variety of choices.

Of course, it’s hard to imagine Waititi going any route besides action-comedy, and Guy Gardner is the best Lantern for full-fledged comedy. In the comics, he is an antagonistic blowhard who was once punched out by Batman. Putting something like that on the silver screen would be absolutely perfect. It would also bring things full circle for Waititi to direct a Green Lantern movie after being Ryan Reynolds’ sidekick in the movie which we shall not speak of here.

The name “Detective Chimp” screams for a Waititi adaptation. With a title like that, it is a sitcom-style sci-fi comedy waiting to happen. Who better to bring such an absurd character to life than the creator of What We Do In the Shadows?

Detective Chimp is exactly what he sounds like: a genetically engineered chimpanzee with genius intellect who solves mysteries. If that sounds like an anthropomorphic Sherlock Holmes, you would be correct. In fact, DC even sports a deerstalker cap to complete the ensemble. He’s also a smoker and an Olympic-level marksman. What’s not to love?

Certainly, he sounds an awful lot like Rocket Raccoon, but Chimp predates Rocket by more than two decades. Put Waititi’s touch on the concept, and you could easily have the next pop culture sensation.

From his comic debut in 1986 to all his cartoon and television appearances, Booster Gold was made to be played for laughs. In the MCU, Waititi’s Thor is a dimwitted, arrogant buffoon who causes as many problems as he solves. While this is a complete contradiction to the Thunder God’s comic origins, it’s on point for Booster Gold. In fact, that’s the reason for the character’s existence in the first place.

Hailing from the future, Michael Carter was a washed-up college athlete working a night security job at a superhero museum. With access to supremely dangerous, high-tech equipment, he did what any of us would do in his shoes: used it to go back in time and make himself look like a god among men. In our time, he adopted a superhero name and fights to prove himself as a legitimate hero, and hilarity often ensues.

The only reason Booster didn’t rank first on today’s list is because it’s almost too easy a choice for Waititi.

There’s no question that Waititi would have a field day with B’wana Beast. Much like Aquaman, B’wana Beast can communicate with animals. In the modern era, his powers became a bit more odd when he was given the ability to combine up to four different animals into one insult to Mother Nature. Imagine a camel with an elephant’s trunk, insect eyes, and bird wings. That’s what B’wana Beast does.

Created in the ‘60s, the comics tell of trust-fund baby Mike Maxwell’s private jet crashing atop Mount Kilimanjaro. In a case of pure comic book logic, he drank some magic water, defeated a red gorilla who then gave him a magic helmet, and suddenly the rich, entitled white guy is the self-appointed protector of Africa. Nothing awkward and inappropriate about that, right?

The unsettling nature of B’wana Beast’s powers to the sheer irony of his self-proclaimed superhero status would turn to gold with Waititi’s sarcastic stylings.