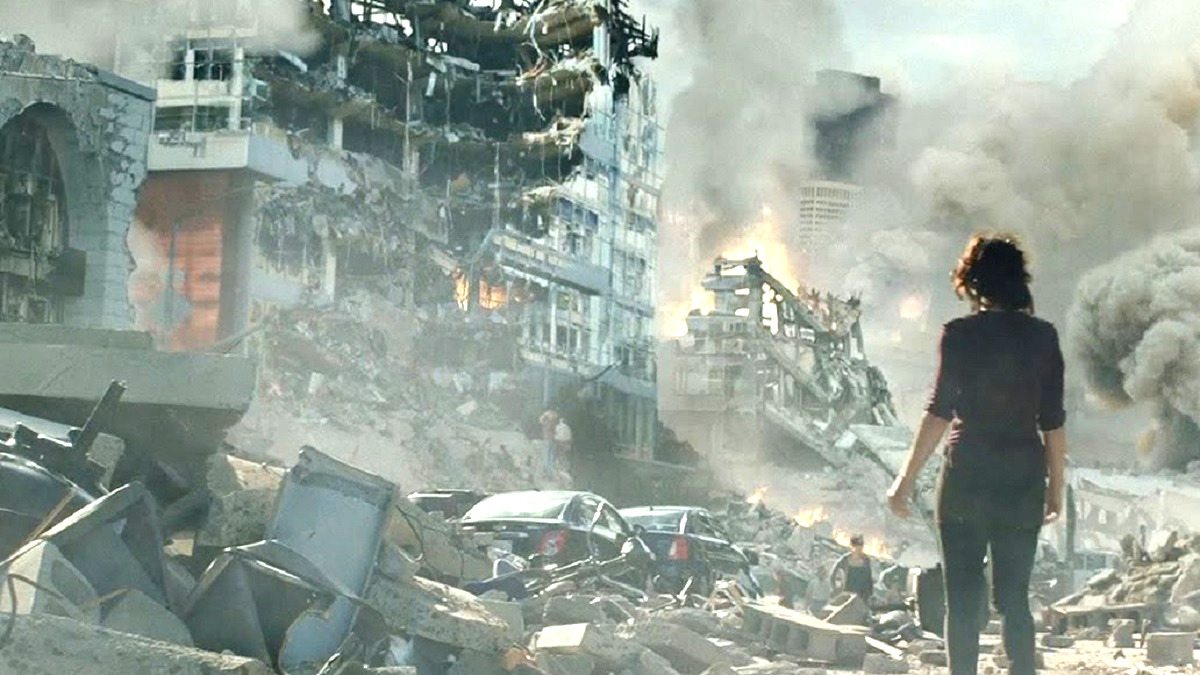 At this point of his career, The Dwayne Johnson Movie has become a subgenre unto itself, regardless of which methods he’s using to save the world. San Andreas ticks virtually every single one of them, delivering exactly what audiences were expecting, for better or worse.

Does he play a current or former member of the law enforcement or military? Los Angeles Fire Department helicopter rescue pilot Ray Gaines says yes. Are some of his regular collaborators involved behind the scenes? The disaster epic marked Johnson’s third film with producer Beau Flynn, and second with director Brad Peyton, so that’s a bingo.

Did it come armed with oodles of visual effects and a budget north of $100 million? Of course it did, it’s about the largest earthquake in history. Is he required to wear a t-shirt that’s several sizes too small, gaze into the middle distance at something incredible unfolding, and set out to save his family from immediate danger? You betcha.

Reviews may have been middling, but San Andreas has continued to enjoy long-lasting life even seven years after releasing, with FlixPatrol revealing that the big budget city-wrecker has gatecrashed the iTunes most-watched chart this weekend.

To its credit, San Andreas was a big hit at the box office, and it ranks as the highest-grossing live-action effort of Johnson’s career that isn’t part of the Jumanji or Fast & Furious franchises, so the formula clearly works wonders. It’s loud, dumb, boneheaded, incredibly stupid, but often very impressive on a visual and technical level, all while bringing plenty of spectacle-driven fun to the table.