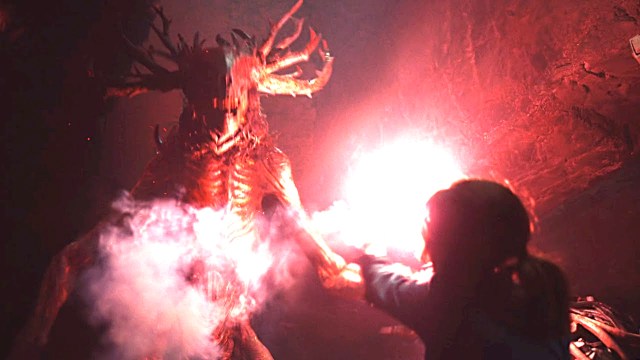 Scott Cooper built his career as a filmmaker on the back of character-driven dramas and gritty thrillers like Crazy Heart, Out of the Furnace, Black Mass, and Hostiles, so there was plenty of curiosity when it was first revealed he’d be taking his talents to the realm of supernatural horror in Antlers.

Interest was piqued even further by the presence of genre veterans Guillermo del Toro and David S. Goyer as part of the producorial team, as well as the ever-reliable Keri Russell and Jesse Plemons in the two lead roles. Toss in a doozy of a haunting high concept, and there were plenty of reasons to believe an instant classic was on the cards.

Unfortunately, Antlers didn’t quite live up to such lofty potential, but it was far from being a disaster. In fact, it might just be one of the better mainstream frighteners to have emerged in the last couple of years, even if that was really the bare minimum to be expected from such a heavyweight team of talent.

It’s proving to be a reliable draw on streaming, too, with FlixPatrol revealing that Antlers has been lurking in the shadows of the Hulu Top 10 – where it can be found as the eighth top-viewed title on the platform’s global charts. Russell’s teacher begins to grow equal parts mystified and traumatized as she starts to suspect one of her young charges possesses knowledge of something dangerous and deadly, and by the time the credits roll, she really wishes that hasn’t been the case.