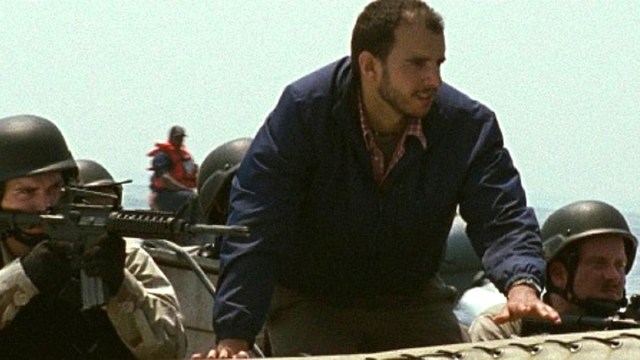 Paul Greengrass’ signature shaky-cam style isn’t for everyone, but his pseudo-vérité style did play a huge part in turning Jason Bourne into the star of a modern classic trilogy, while the sense of immediacy superbly enhanced his true-life tale United 93. Combining the best of both worlds, the filmmaker delivered a gripping real-world tale punctured by breathless set pieces in Captain Phillips, with nobody surprised in the slightest that the end result was nothing short of gripping.

As well as earning $220 million at the box office, the nail-biting retelling of the events that befell the titular seafarer also landed six Academy Award nominations including Best Picture, Best Supporting Actor, and Best Adapted Screenplay, even though star Tom Hanks was surprisingly shut out of the Best Actor conversation.

The fly-on-the-wall visuals create an instant sense of immersion, and while several members of the crew are adamant Phillips wasn’t the happy-go-lucky and genial figure depicted onscreen, it doesn’t lessen the quality of the survival story in the slightest. Almost a decade later, and Netflix subscribers have been left enthralled by Greengrass’ blockbuster all over again, hammering home its staying power among the on-demand masses.

Per FlixPatrol, Captain Phillips has risen up the Netflix rankings to become one of the top-viewed titles on the entire platform, and it’s easy to see why at-home audiences have been left enraptured whether they’ve seen it before or not. A tightly-wound and unyieldingly tension-filled epic, it ticks all of the boxes for those aiming to find that sweet spot between glossy Hollywood entertainment and unstoppably claustrophobic drama.