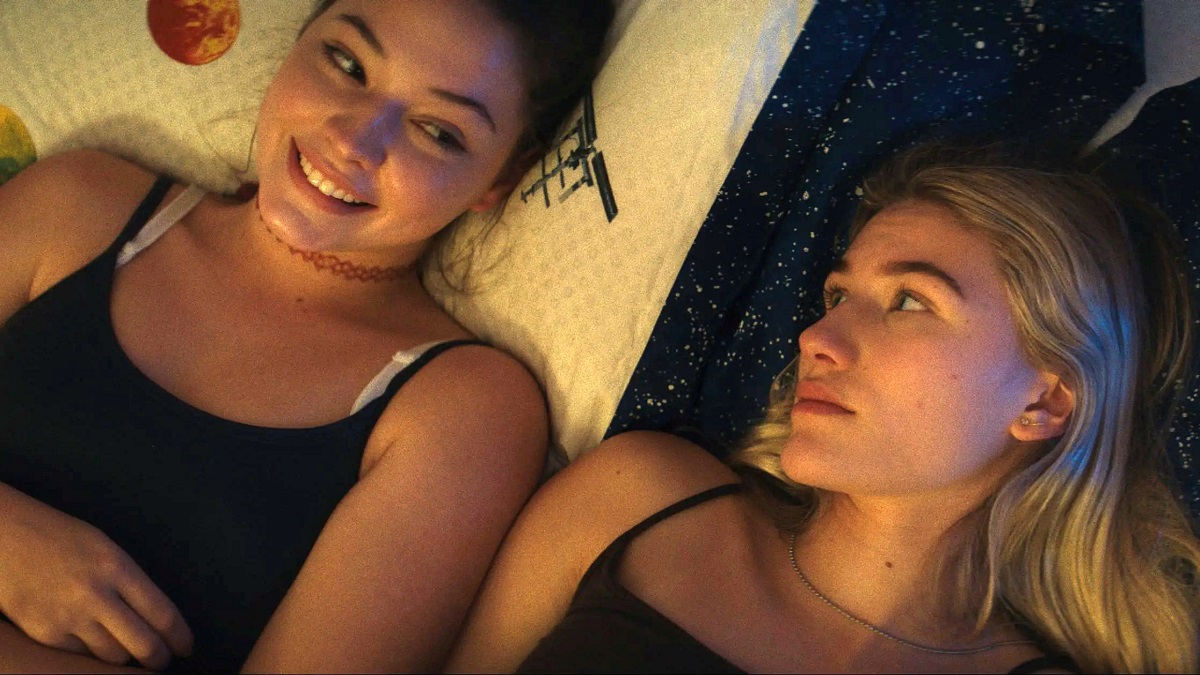 The pandemic has been both a blessing and a curse for lower budget movies, in that many titles to have been pulled from theaters ended up finding a huge audience on-demand instead of potentially sinking without a trace at the box office, while others completely passed everyone by.

Rebecca Eskreis’ feature-length directorial debut What Breaks the Ice definitely falls into the latter camp, despite the obvious marketing potential possessed by a coming-of-age thriller headlined by Ozark‘s Sofia Hublitz and Outer Banks‘ Madelyn Cline, both of whom have cultivated plenty of fans after playing major roles in a pair of Netflix smash hits.

The duo are 15 year-olds Sammy and Emily, who strike up a firm friendship in spite of their different backgrounds, and they’re well on their way to having the best summer ever. However, they end up as unwitting accomplices in an accident that proves to be fatal, which has an instantly seismic impact on every facet of their existence.

What Breaks the Ice initially premiered in October 2020, but it didn’t score a VOD and streaming release until the beginning of this month, which is why you may not have known it even existed. That being said, plenty of folks have heard of it by now after it managed to crack Hulu’s Top 10 most-watched list this weekend, as per FlixPatrol.