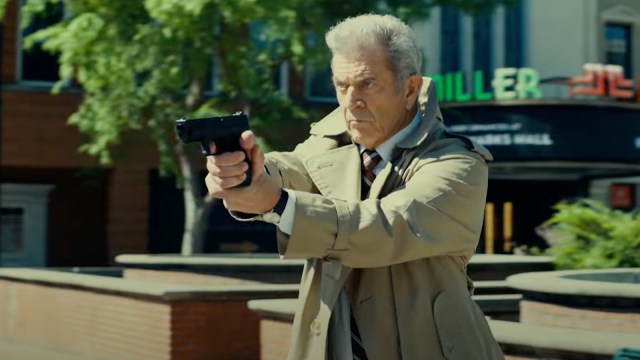 Having appeared in close to a dozen action thrillers in the space of two years, Mel Gibson has officially inherited the throne from a resurgent Nicolas Cage to establish himself as the new top dog of VOD genre fare. Much like his predecessor, audiences will always check them out regardless of what the critics say, which has worked well in favor of the panned Agent Game.

In Gibson’s defense, he only plays a supporting part in director Grant S. Johnson’s formulaic pot-boiler, which finds Dermot Mulroney’s CIA agent being made the patsy for the death of a suspect during an interrogation, forcing him on the run to prove his innocence after he becomes targeted for rendition.

It’s the sort of thing we’ve all seen plenty of times before, although it may have been foolish of us to expect something a little above average given the presence of the reliable Mulroney alongside Gibson, not to mention the always-welcome Jason Isaacs, Arrowverse veteran Katie Cassidy, and Academy Award nominee Barkhad Abdi among the supporting ensemble.

And yet, we should have known better than to expect anything greater than the 21 percent score earned by Agent Game on Rotten Tomatoes, with the user rating admittedly higher (but hardly overwhelmingly enthusiastic) at 45 percent. Of course, Gibson’s filmography is still capable of drawing them in, which has been proven yet again on the streaming charts.

As per FlixPatrol, Agent Game has found a home on the most-watched ranks of both iTunes and Google Play Movies, reinforcing the polarizing star’s enduring appeal to supporters and followers of his career.