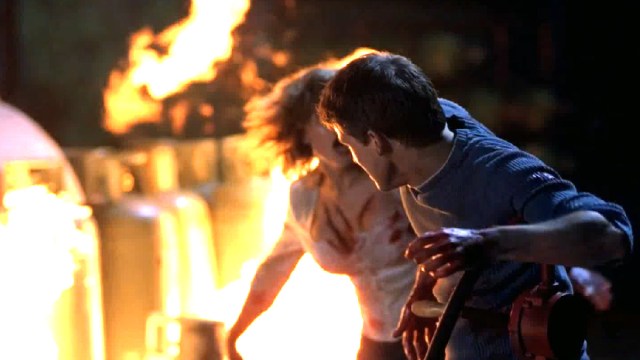 Crossovers and versus movies have delivered big returns at the box office and enthusiastic responses from critics and fans alike in the past, but many of them have only lived to disappoint, failing to escape the overriding sentiment that they only exist as a last-gasp attempt to try and breathe new life into a stagnant franchise. It may have its moments, but Freddy vs. Jason flirted perilously with the latter camp from start to finish.

To be fair, it remains the highest-grossing film to ever feature Jason Voorhees and the top-earning outing for Robert Englund’s Freddy Krueger, but a lukewarm 42 percent score on Rotten Tomatoes and even more disheartening 50 percent user rating on the aggregation site underlines just how badly director Ronny Yu dropped the ball on a clash of horror titans that has literally been decades in the making.

The first attempt to bring Freddy vs. Jason to life was made in 1987, and there were countless more failed iterations cast into the bowels of development hell before the monster mashup fans had been begging for finally came to fruition. While seeing the two icons go face-to-face provided giddy once-in-a-lifetime thrills, everything that didn’t revolve around the titular menaces beating the ever-loving sh*t out of each other was sorely lacking.

Freddy vs. Jason still holds the distinction of being Englund’s last big screen appearance in his signature role, and it’s making a wholly unsurprising comeback on streaming just in time for Halloween, too. As per FlixPatrol, the underwhelming showdown has resurfaced on the iTunes global watch-list, but it was a pale imitation of what longtime supporters of both brands had in their heads going in.