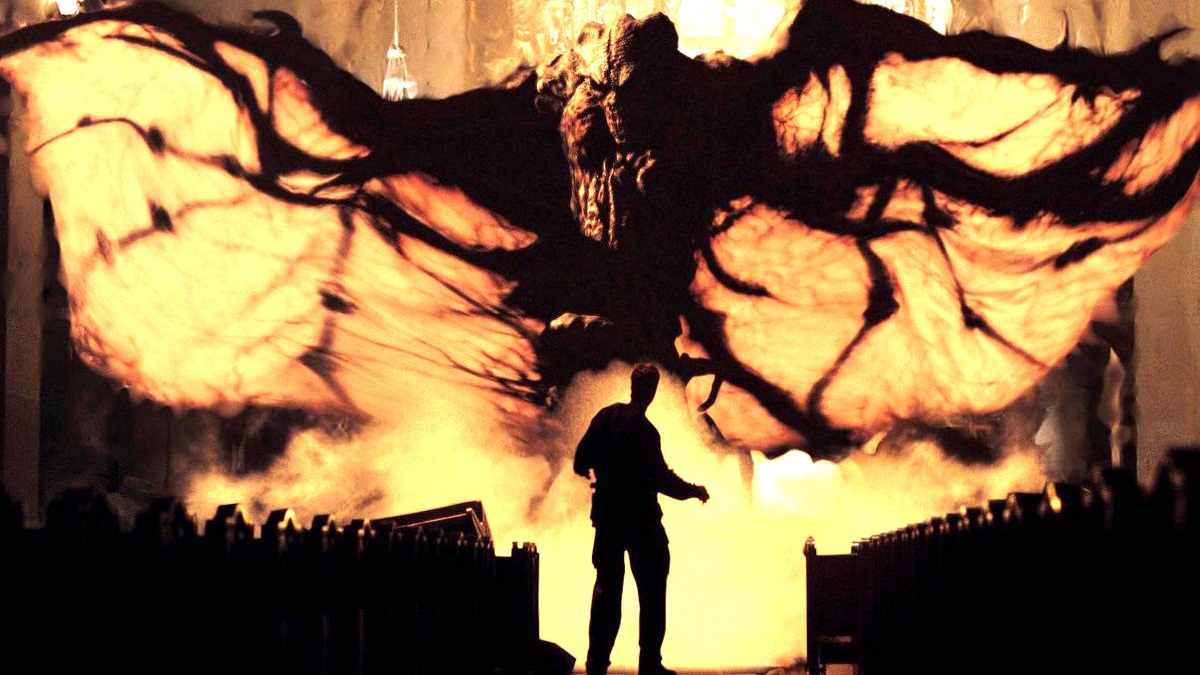 Trying to explain the Y2K panic to the younger generations runs the risk of making you sound like a crazy person, with the dawn of the millennium creating widespread fear that the entire world was going to end. Sensing an opportunity, Hollywood sought to turn the concerns into cash, but End of Days ended up slapping the festivities with a stupendously silly coat of satanic paint.

The late 1990s were a strange time, which was perfectly encapsulated by one of the year’s final blockbusters revolving around a despondent Arnold Schwarzenegger getting wrapped up in a demonic conspiracy that involves reincarnation, the devil himself, a decades-long religious cover-up, and a brawl with Miriam Margoyles of all goddamned people.

At a cost of $100 million, End of Days fared admirably at the box office by bringing n $212 million from theaters, in spite of taking a critical pounding. An 11 percent Rotten Tomatoes score, 32 percent user rating, and Razzie nominations for Worst Actor, Worst Supporting Actor, and Worst Director do not paint a pretty picture – but it looks as though a reevaluation is underway.

Over on Reddit, a quite frankly shocking level of support is being shown for End of Days 23 years down the line, with everything from Schwarzenegger’s performance to the ambitious concept via the cringeworthy soundtrack packed with nu-metal favorites and Gabriel Byrne’s hammier than a Christmas hamper spin on Satan finding praise.

Does it deserve to be reappraised? That’s entirely up to you, but End of Days is worth revisiting just to see how dated it ended up becoming barely a month after releasing in November of 1999.