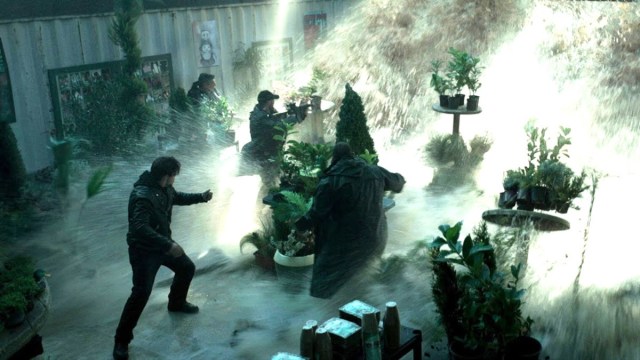 Floods, power cut, and devastation are currently being caused as we speak by Hurricane Ian, which recently made landfall on the Florida coast, so it’s either an unfortunately ill-timed coincidence or questionably morbid viewing habits that have seen 2018’s disaster movie The Hurricane Heist make a reappearance on the streaming ranks.

As per FlixPatrol, the widely-derided box office disappointment that failed to recoup its $35 million budget from theaters and was given a resounding thumbs down by both critics and audiences has become one of the most-watched titles on the iTunes global charts, just as a real-life disaster has been capturing headlines around the world.

Directed by B-tier action stalwart and disgraced filmmaker Rob Cohen, the film attempts to put a fresh and uniquely inventive spin on the tropes of the genre, which should be made glaringly obvious by the title. With a raging storm descending upon a rural Alabama town, a team of mercenaries and thieves seek the ideal opportunity to heist the local treasury.

Of course, things go about as awry as you could imagine, but despite a couple of decently-staged set pieces and a cast who pitch their performances as being fully aware of the inherent silliness seeping out of every frame, The Hurricane Heist missed what should have been a slam dunk slab of self-aware and utterly preposterous tongue-in-cheek fun.

Art is imitating life this week in the world of on-demand, although we do have questions as to why The Hurricane Heist has opted to embark on an unexpected resurgence right at this moment in time.