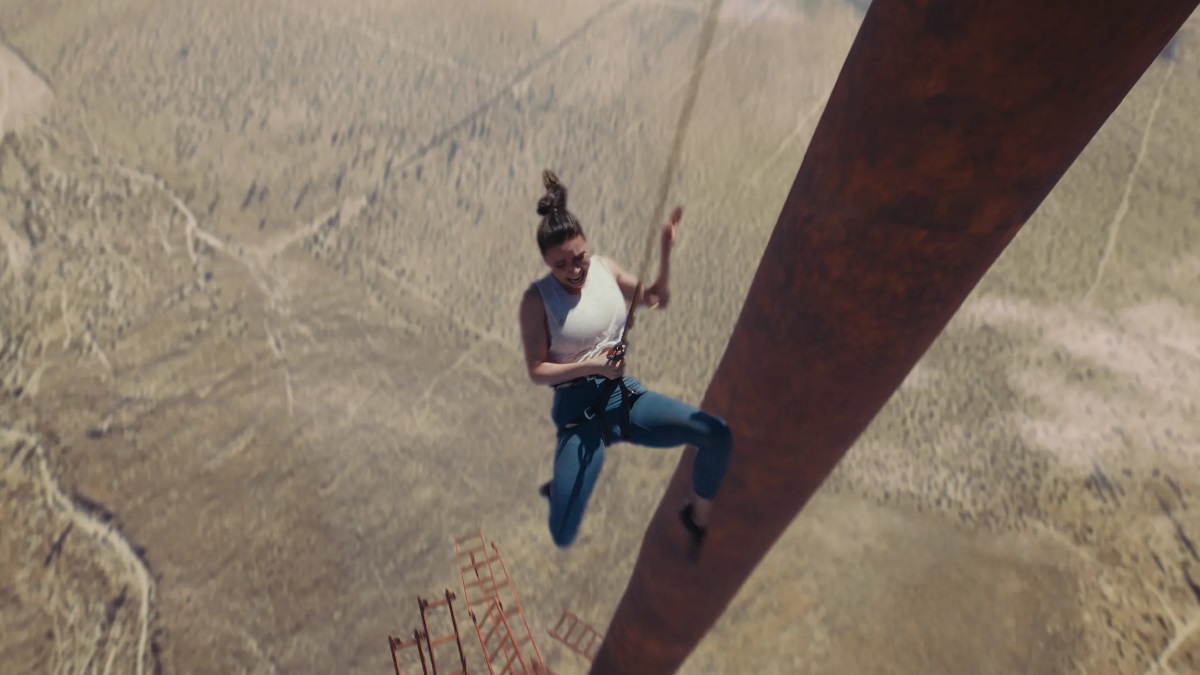 Any survival thriller worth its salt will leave you with sweaty palms, heart palpitations, and a lurching sense of dread in the pit of your stomach that refuses to let up until the credits roll, with this year’s Fall easily one of the best examples to come along in a long time.

The sleeper hit earned a respectable $20 million at the box office on a $3 million budget, garnering identical critical and user scores of 79 apiece on Rotten Tomatoes, but you could potentially state the case for the main reason behind such an inventive and acclaimed movie not flying higher was that the trailers put off a huge number of potential paying customers based entirely on how goddamned terrifying it looked.

Acrophobia is one of the most common fears out there, and you can be absolutely certain that there’s a lot of folks out there who caught one glimpse of Fall and gave it the most resounding “nope” possible, which is completely fair. Two friends seek a quick fix of adrenaline by climbing an abandoned and isolated radio tower that stands 2000 feet tall, where everything that could possibly go wrong does, and in horrifying fashion.

Not one for the faint of heart, and perfectly capable of inducing migraines, nausea, and nosebleeds on a visual level along thanks to some stunning cinematography, Fall has at least proven to be a great deal more palatable when it’s being viewed on a smaller screen at home. Per FlixPatrol, the nightmare scenario has scaled the most-watched charts on iTunes, Google Play Movies, and Rakuten this weekend, even if there’s a distinct chance you’ll only want to see it once and never again.