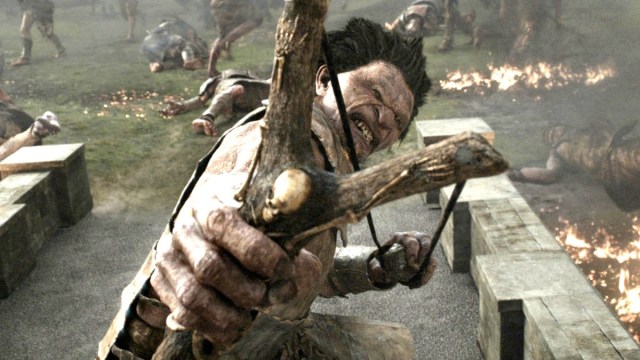 Disney may have cornered the market when it comes to blockbuster live-action fairytales after successfully rebooting its back catalogue of animated classics to yield another multi-billion dollar revenue stream, but there was a brief time when everyone was getting in on the act, although none of them fell quite as hard as Bryan Singer’s Jack the Giant Slayer.

During that short-lived period where dark and gritty fairytales were all the rage, we were inundated with the likes of Snow White and the Hunstman, sequel Winter’s War, Tarsem Singh’s Mirror Mirror, Catherine Hardwicke’s Red Riding Hood, Hansel & Gretel: Witch Hunters, Beastly, and others, but it was Singer’s $185 million folly that flopped hardest.

After failing to even cross $200 million at the global box office, Jack the Giant Slayer went down in the history books as one of the biggest bombs of all-time, even if reviews were mediocre as opposed to savage. Nicholas Hoult does what he can in the title role, but the movie can never shake the fact that it’s got no reason to exist, and not even a game cast of scenery-chewing thespians can change that.

Undeterred, HBO Max subscribers have opted to ignore Jack the Giant Slayer‘s reputation to elevated it to eighth position on the platform’s viewership charts in the United States, per FlixPatrol. It’s galling to see Stanley Tucci, Ian McShane, Bill Nighy, Ewan McGregor, Eddie Marsan, and Warwick Davis ham it up to the best of their abilities in a film so boring, but at least the infamous failure has managed to secure a new lease of life on-demand.