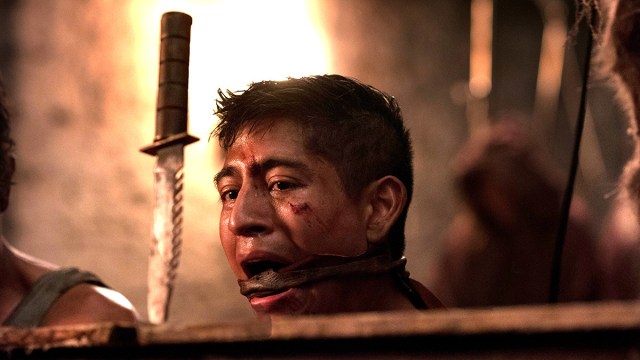 Behind every recognizable horror franchise lies a panic button marked “reboot”, and you’d be hard-pressed to find any noteworthy IP that hasn’t been slapped with a fresh coat of paint by now. With that in mind, it was no surprise that Wrong Turn was subjected to the reinvention treatment, but the real shocker was that it was much better than it had any right to be.

To be fair, the series wasn’t exactly dripping in critical acclaim or hefty amounts of box office dollars, with Rob Schmidt’s 2003 opener yielding a decidedly mediocre 40 percent Rotten Tomatoes score and less than $30 million in theatrical ticket sales. From there, the law of diminishing returns rapidly set in through quickfire VOD successors Dead End, Left for Dead, Bloody Beginnings, Bloodlines, and Last Resort.

Taking the tried-and-trusted route of disregarding established canon in favor of operating with a blank canvas, 2021’s Wrong Turn wiped the slate clean – only to immediately cover it with buckets of blood and oodles of gore. Doing what horror characters tend to do, the plot finds a group of hikers disregarding literal warning signs to head off-trail and into territory occupied by a sinister cabal of mountain-dwelling savages.

A 65 percent Rotten Tomatoes score is virtually unheard of for the seventh installment in a bloodthirsty saga reliant on a high body count and quick turnover, with streaming subscribers being won over once again by the unique charms of Wrong Turn less than two years after its initial January 2021 bow.

As per FlixPatrol, it’s landed on the Prime Video Top 10 most-watched list in multiple countries, and given that the weekend brings out the bloodlust in all of us, don’t be surprised if it flies even higher over the next 48 hours.