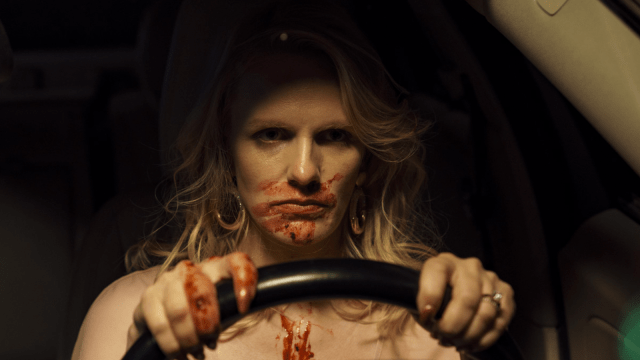 It speaks volumes about the acclaim to have greeted director Hanna Bergholm’s Hatching that the maestro of body horror himself David Cronenberg returned to his most iconic medium with Crimes of the Future, and yet it’s the unsung Finnish effort that’s been labeled as the best the genre has offered so far this year.

Boasting a Certified Fresh Rotten Tomatoes score of 91 percent, the low-key effort is a stunning combination of practical effects, ratcheting dread, and unrelenting atmosphere, all knotted together with familial subtext almost everyone can relate to. Oh, and the creature at the center of it all is suitably horrifying.

Siiri Solalinna’s Tinja has spent her life trying to impress her overbearing mother, but gains a brand new friend instead when she incubates a mysterious egg found in the woods outside her home. Initially hatching as a bird-like chick, Alli quickly begins to morph into something else altogether, leaving no shortage of death and destruction behind along the way.

Straddling the line between beauty and barbarism, Hatching is a jolt of electricity for an offshoot of horror that often finds itself relying on blood, guts, and gore to hook an audience. Don’t get us wrong, there’s plenty of that on display, but having recently debuted on the iTunes global rankings (per FlixPatrol), the cult classic in the making has already set its hooks deep into at-home viewers.

Maybe not one for those of a weaker disposition given the harrowing goings-on, but the diehards will instantly take it to their hearts.