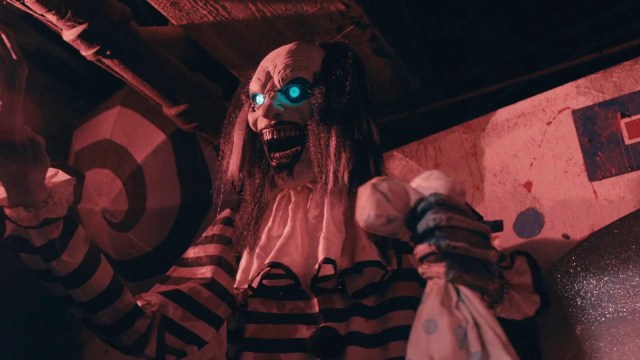 There aren’t many individuals who dislike Damien Leone’s Terrifier franchise, but it wouldn’t be realistic for a violent and dramatic gorefest to not have some critics. Just like the infamous Saw franchise, which has often been described as “torture porn” among other things, Terrifier isn’t for everyone — and that’s the understatement of the year. The sequel to Leone’s blood-soaked Terrifier released only a few months ago, but has already been nominated for the 2023 Oscars. Surely it must be a gag? But honestly, we’re not entirely sure. Terrifier 2 had gore-lovers squealing in delight, whereas the more squeamish among us weren’t so grateful to witness such graphic mayhem.

But it was nominated for an Oscar (sarcastically or not, we’ve yet to confirm, but it was), so how awful can it be? Well, one disgusted Redditor sought answers to the same question, reaching out to the meddling murder masters of the r/horror rubreddit. Their starting sentence? “I found it awful on just about every level.” They hammered home their argument with a rather bold statement that’s crossed all our minds — fan or not — about Terrifier‘s Damien Leone: “The director clearly hates women, and quite possibly hates eyeballs as well.”

If you ask, you shall receive. Terrifier defenders gladly came out of the woodwork to make claims as to why the franchise isn’t as horrible as the general consensus implies. For Terrifier‘s success, credit is due — in part — to its unorthodox yet wildly entertaining antagonist: Art the Clown. Played by David Howard Thornton, Art the Clown is a mute mime that resembles a black and white jester. His face is freakishly long, as well as his nose, and Art doesn’t make a sound, but instead acts out his emotions. It’s certainly unnerving to be bleeding out and have your final image of life be Art the Clown silently laughing in your face. Art’s childish antics just make the Terrifier series more appealing, even when overlooking all the repellent gore.

When analysing what makes Terrifier so successful, there’s also one important factor to take into consideration: for horror fans, pleasure is simple. And sometimes, horror doesn’t need a definitive storyline; if it’s marketed as a violent gorefest, then that’s exactly what one should expect from it — nothing more and nothing less. Again, though, a lot of praise falls upon David Howard Thornton, who outshone his predecessor (All Hallow’s Eve‘s Mike Gianelli) and truly brought Art the Clown to life in the subsequent sequels. If it weren’t for him, Terrifier and Terrifier 2 would just be another pair of largely disappointing B-movie bloodbaths.

If Terrifier 2 wins an Oscar, it’ll certainly prove groundbreaking for the biological horror/slasher horror genres — that’s if the nomination is even legitimate.