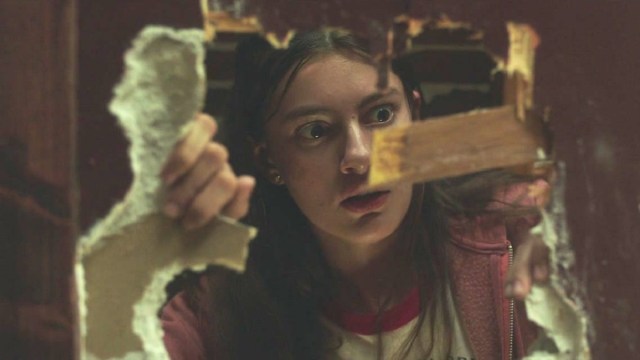 As a concept, Hulu’s Into the Dark doesn’t get the credit it deserves. So far, the series has run for two seasons, each consisting of 12 feature-length episodes that individually revolve around a particular holiday. Some of them have gone on to be released as standalone movies, with Flesh & Blood currently carving it up on streaming.

As per FlixPatrol, the Thanksgiving-set installment is currently the unlucky 13th most-watched title on the platform’s global charts, which is admittedly fitting for a horror flick. Flesh & Blood originally aired as the second episode of the first season, with My Bloody Valentine and Drive Angry director Patrick Lussier calling the shots.

Diana Silvers stars as a teenager who developed agoraphobia in the aftermath of her mother’s murder, which remains unsolved. Despite being afraid of the outdoors and wide open spaces, the big wide world might not be that bad of an idea after all once she begins to suspect that someone or something with sinister intentions is lurking inside her house.

Dermot Mulroney plays her father, and while we won’t be diving into spoiler territory here, let’s just say that you never quite know what sort of character he’s going to play, given his talent at embodying charismatic assholes, charming sleazebags, and genuinely good dudes.

Flesh & Blood may not rank as one of the best-ever entries in the Into the Dark back catalogue, but it’s clearly got enough in the tank to enamor subscribers to one of the major streaming services, which is a feather in the cap if ever there was one.