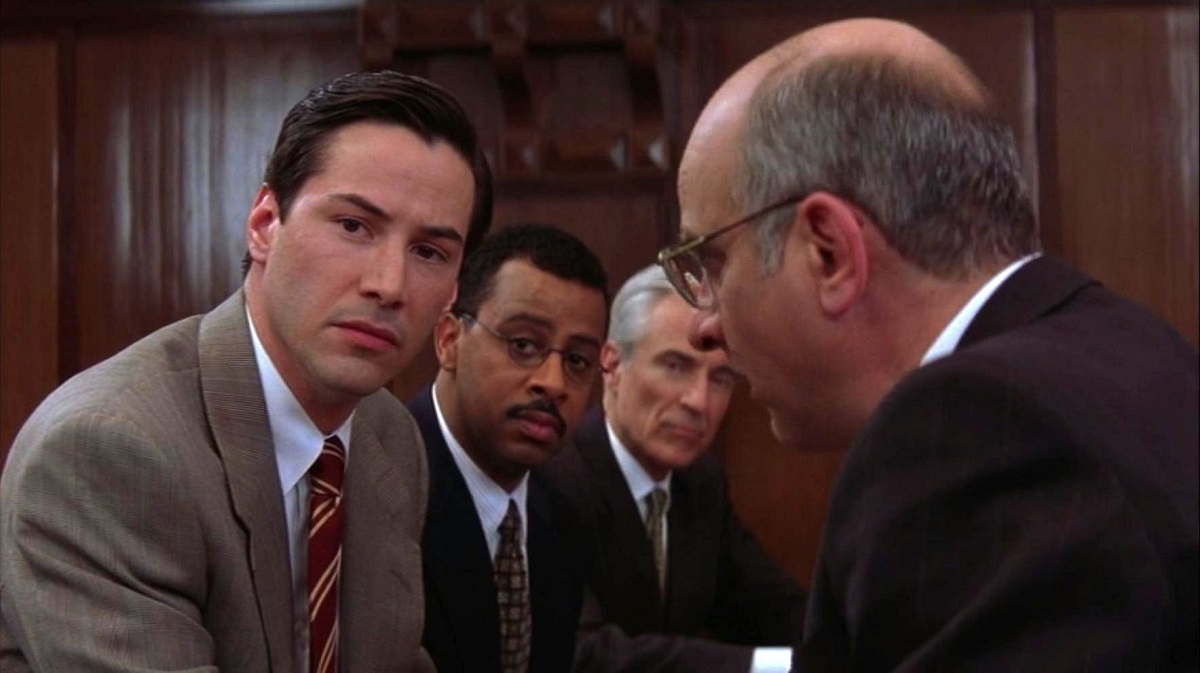 Even though he’s spent over 30 years as a recognizable and increasingly beloved star, Keanu Reeves is still batting away accusations that he’s not a very good actor.

While it’s true that he doesn’t possess the same range or dramatic ability as many of his contemporaries, the sheer number of great movies he’s appeared in, coupled with his longevity, blows that misconception out of the water. That being said, Francis Ford Coppola’s Dracula made in unequivocally clear that he can’t do accents to save his life.

However, Reeves still delivers one of his best turns in The Devil’s Advocate, despite the questionable country boy brogue. The legal thriller was all the rage in the 1990s, but Taylor Hackford’s literary adaptation put a supernatural spin on the standard trappings, and it worked a treat.

Reeves is the hotshot small town lawyer recruited by Al Pacino’s corporate titan, before he begins to realize that nothing is quite as simple as it seems. The screen legend is a riot as the erstwhile antagonist of the piece, dialing his performance way past eleven in a masterclass of mixing gravitas with scenery-chewing in the most entertaining way possible.

25 years after releasing in theaters, The Devil’s Advocate is in the midst of a streaming renaissance. As per FlixPatrol, it’s cracked the HBO Max most-watched list as we head into the weekend, with subscribers striking a bargain of their own.