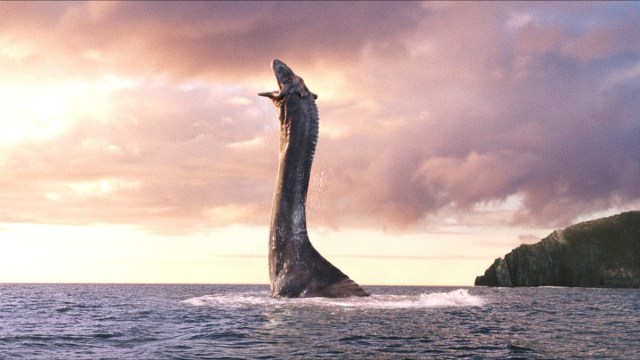 For one of the most enduring myths of the modern age that continues to generate massive interest from all corners of the world, you’d have thought that the Loch Ness Monster would have been the subject of more film and television projects given the potential to apply the fabled creature to action, adventure, sci-fi, fantasy, or even horror. Literary adaptation The Water Horse: Legend of the Deep took a novel approach to the story, but it’s long since been lost to the sands of time.

That’s admittedly a little surprising when director Jay Russell’s adaptation of the book by Dick King-Smith was a sizeable success at the box office after hauling in a respectable $104 million at the box office on a $40 million budget, while a 74 percent Rotten Tomatoes score signals that we’re talking about a distinctly above-average family film.

The subtitle would lead you to believe that sequels may have been the plan once upon a time, but clearly there wasn’t enough interest to indulge more stories revolving around the deep sea legend that people have literally dedicated their entire lives to trying to find in order to prove its existence at long last.

On the plus side, The Water Horse has at least risen from the depth to gain a second wind on streaming, with FlixPatrol revealing that it’s become one of the top-viewed titles on Rakuten so far this week. Shot largely on the other side of the planet in New Zealand, a young boy discovers an egg that hatches to become the iconic Loch Ness Monster, and wholesome hijinks ensue.

Inoffensively entertaining and with plenty of heart to spare, The Water Horse should be staple viewing for an entire generation, but it just didn’t catch on.