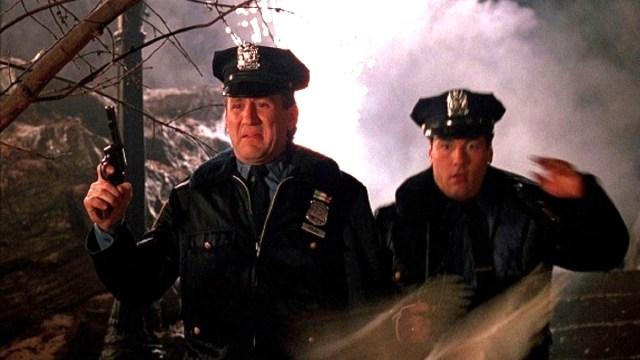 There are certain festive favorites that are going to be re-watched annually until the end of time, and Home Alone 2: Lost in New York is definitely one of them. However, any time the beloved sequel circles back around for its stint in the Yuletide spotlight, there’s a tinge of bittersweetness.

In what may or may not have been a coincidence, former reality TV star and The Little Rascals actor Donald Trump announced that he would be running for the presidency of the United States on the 30th anniversary of Macaulay Culkin’s second adventure as the mischievous Kevin McCallister being released. Given that his cameo is clearly the greatest and most memorable contribution the WWE Hall of Famer has made to modern culture, we’ve got the feeling the two events are intrinsically linked.

As a byproduct of the film finding itself in the headlines once again, Home Alone 2 has in turn gathered serious momentum to become a powerhouse on several notable streaming platforms. As per FlixPatrol, the enduringly popular escapade is a Top 10 hit on Disney Plus in the United States, while it’s also made a splash on the global rankings of both iTunes and Rakuten.

We can ignore the four Culkin-less sequels that have inexplicably seen the property become a six-film franchise with more potentially on the way, because we’d be confident in saying that Home Alone 4: Taking Back the House and Home Alone: The Holiday Heist are not staples of the Christmastime calendar in the same way as the first two chapters, especially when some of the cameos have aged like milk.