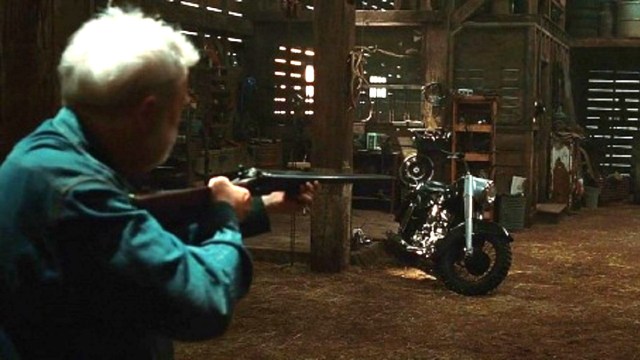 Even the most unpopular of movies can often boast a handful of redeeming features, but in the case of the disastrous X-Men Origins: Wolverine, we’re struggling to think of more than two.

The first is that the prologue remains as awesome now as it ever was, even if it’s never a good look for any $150 million blockbuster to peak during the opening credits. The second, and arguably much more important, is that it introduced leading man Hugh Jackman to up-and-coming star Ryan Reynolds.

Sure, the film’s depiction of Deadpool is utterly horrendous and butchers everything that made the character so popular in the first place, but at least Reynolds hung onto the Merc with a Mouth for another seven years to turn him into the headline attraction of a multi-billion dollar R-rated franchise of his own.

Origins was a dreadful way to give one of superhero cinema’s biggest icons their first solo adventure, and its case wasn’t helped by an unfinished copy leaking online ahead of release, never mind the fact it was comfortably dwarfed in quality by its own tie-in video game, and even killed 20th Century Fox’s plans for an entire set of X-Men spinoffs.

It may have taken 15 entire years to make amends for it, but in November 2024 we’ll finally get what we should have gotten back in the summer of 2009 when Jackman and Reynolds team up for real in the Marvel Cinematic Universe’s Deadpool 3 – and we expect the Origins jokes to flow like fine wine.

That doesn’t mean people have turned their backs on the disappointing dud, though, with FlixPatrol revealing that Wolverine’s misjudged first outing has hacked and slashed its way onto the iTunes global rankings. We’ll just wait for Deadpool 3, thank you very much.