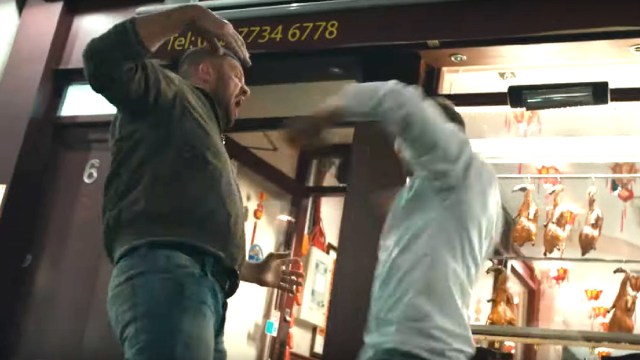 If you see the name “Jason Statham” plastered all over a movie’s marketing campaign, then there’s a 99 percent chance you know exactly what’s going to go down. Then again, the chrome-domed ass-kicker did try to stretch his dramatic muscles a little bit more in 2013’s Hummingbird, but the end result was one of his biggest-ever bombs.

Not only did the feature-length directorial debut of Academy Award-nominated Eastern Promises scribe Steven Knight die a death at the box office by recouping less than $13 million of its $20 million production costs, but it even managed to do so under no less than four different monikers depending on where you decided (or didn’t, in this case) to check it out.

In Statham’s native United Kingdom it was released as Hummingbird, but Stateside audiences may know it better as Redemption. In France, it was rolled out under the title Crazy Joe, while German cinemagoers were treated to Redemption – Stunde der Vergeltung, which roughly translates as Redemption – Hour of Retribution.

In the end, no amount of nomenclature could save the film from flopping, even if Statham’s central performance comfortably ranks as one of the more underrated of his career, simply because he’s required to do a little more than simply scowl, smirk, and roundhouse kick fools in the face for a change.

Hummingbird/Redemption/Crazy Joe/Hour of Retribution may have been tepidly greeted by critics and crowds almost a decade ago, but seeing the longtime action hero strut his stuff evidently retains a lot of appeal among at-home viewers. Per FlixPatrol, the multi-titled misfire has hit the Starz Top 10 in eight different countries to serve as one of the platform’s biggest hits, even if nobody can decide what to actually call it.