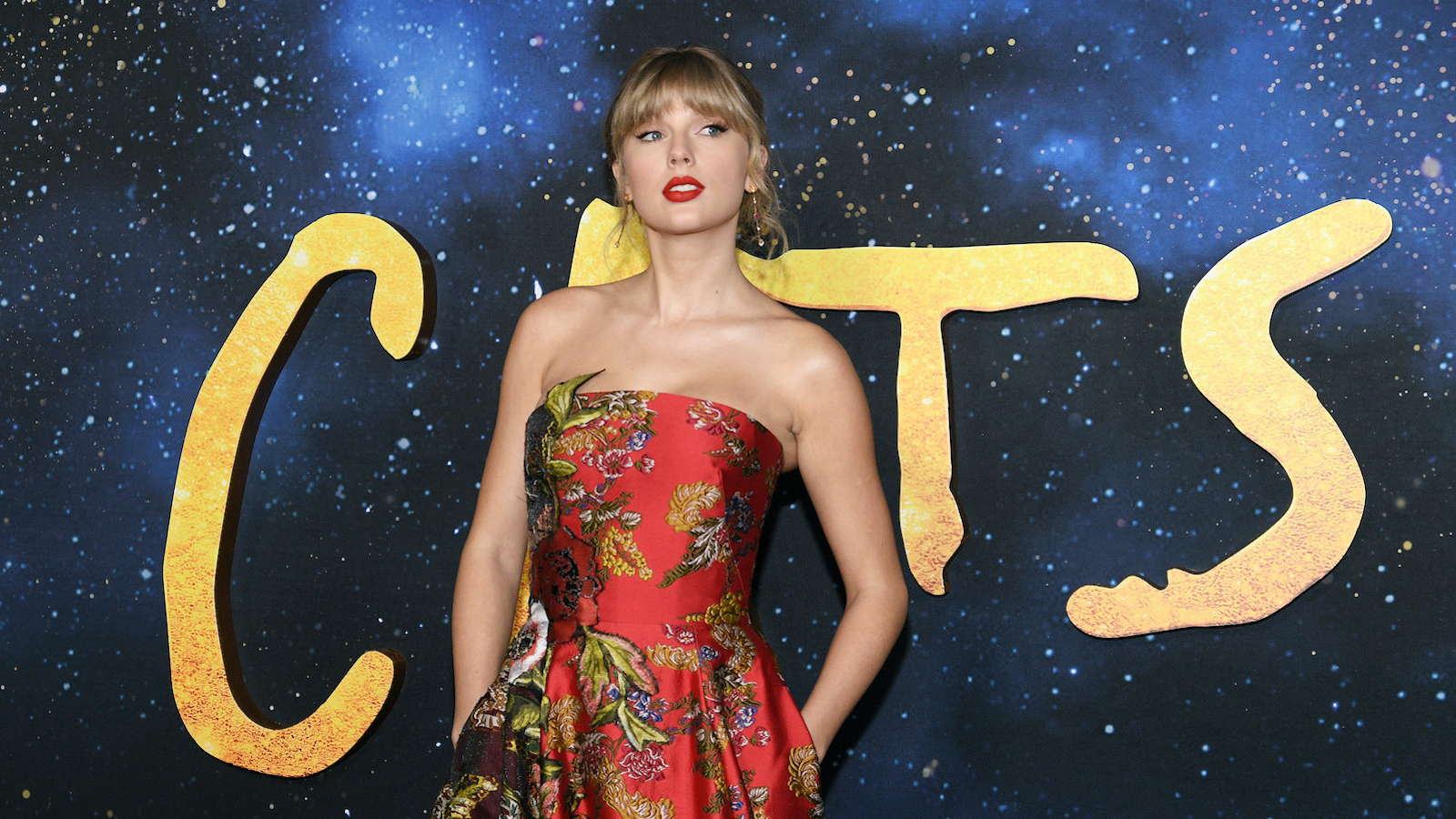 Taylor Swift is returning to the silver screen. As a global superstar who’s earned the title of one of the biggest names in musical history, she truly needs no introduction. Although the credit for her rise to fame goes to her musical prowess, she is no newbie to Hollywood movies. The singer has flexed her acting chops on more than one occasion, in both good and not-so-good films. Now, she’s back at it again with David O. Russell’s new film, Amsterdam.

Even though we know her songs by heart, are familiar with all her exes, and can shake it off like nobody’s business, we might need just a little reminder about what films the eleven-time Grammy Award-winning artist has acted in. Let’s take a trip down memory lane and check out all of Taylor Swift’s past films.

This famous musical had all the markings of a successful movie adaptation as it was positively filled to the brim with some of the biggest names in Hollywood. Unfortunately, as they say, you can only lead a horse to water. Even with Andrew Loyd Webber’s famous soundtrack, all Cats managed was to alter the songs to the point of unrecognition, making fans of the musical want to pull their hair out and shout at the screen.

Thankfully, Taylor Swift came in as Bombalurina and saved the day with her performance of “Macavity,” and while it truly did breathe much-needed life into the film, it, unfortunately, couldn’t resuscitate what had already become a blockbuster bomb.

As a lover of all things cats, it makes sense why Swift accepted the role, but looking back, it’s almost universally agreed upon that Cats the movie should never have seen the light of day.

Many people are familiar with the popular sci-fi novel The Giver by Lois Lowry, as it was even required reading for some in schools. The movie is about a young boy named Jonas who lives in a society where people have their emotions suppressed in order to maintain societal order. In the film, Jonas is selected to become the next Receiver of Memory, which simply means he is given all the memories of the past and has to deal with the emotional struggles that come with them.

Swift’s character, Rosemary, is a haunting addition to the film and she does an excellent job in the role even if the movie itself was met with lukewarm criticism. Rosemary, like Jonas, was once the Receiver of Memory, but after being introduced to emotions like grief, heartbreak, and anger, it became too much for her to handle and she asked to be “released,” which basically means death by lethal injection. She now appears to Jonas as a ghost trying to teach her father, who also happens to be The Giver, how to play the piano.

Even though her screen time was limited, Swift accurately encapsulated the haunting quality of Rosemary’s character and showed people she can do more than just sing.

In her first animated voice-over, Taylor Swift joined the cast of Dr. Suess’ The Lorax as Audrey, the love interest of fifteen-year-old Ted Wiggins, played by Zac Efron. In the film, Audrey wants nothing more than to see a real Truffula tree, and in trying to win her over, Ted goes in search of it.

Swift opened up to MTV about the challenges the voice-over roll provided, saying, “It’s very different from when you’re singing songs that you wrote. With this, you’re sitting there in a booth by yourself having conversations with no one.” But despite the difficulties, Swift rose to the challenge and gave us the perfect Audrey for our favorite Dr. Seuss story.

When people think of Swift’s acting roles, they usually think of her appearance in the rom-com, Valentine’s Day. It was not Swift’s first time on the silver screen, nor her first acting role, but it was definitely her biggest one to date. In the star-crowded, um… studded film, the Grammy Award-winning singer plays Felicia, a doe-eyed high-schooler in love with Willy, played by none other than her former real-life sweetheart, Taylor Lautner. The two navigate the magnitude of young love and the challenges of staying abstinent.

All in all, the film is as fun and cheeky as it was meant to be, and if not truly taken seriously, can also be enjoyable. Valentine’s Day was the film that opened the door for subsequent acting roles for Swift.

In both her and Miley Cyrus’ first appearance on the big screen, Taylor Swift starred as herself in the hit Disney hit film, Hannah Montana. Her song, “Crazier” gave the movie an emotional oomph the film would’ve been missing otherwise. Her appearance was brief and only involved a couple of spoken lines, but back then Hannah Montana was a phenomenon, so Swift’s appearance not only brought a smile to our faces but also proved what we knew to be true — Taylor Swift was a rising star who was about to take the world by storm.