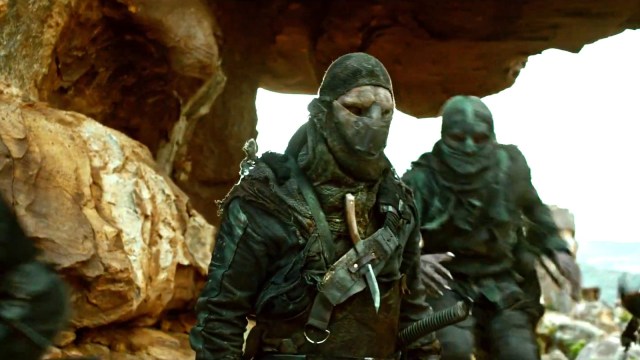 Modern horror icon Mike Flanagan has already delivered one of the most beloved Stephen King adaptations of recent times with the dramatically overlooked Doctor Sleep, but the filmmaker continues to dream of bringing The Dark Tower to life – even if we’ve already seen one version go down in a ball of critical and commercial flames.

King’s massively ambitious fantasy saga that’s widely held up as his magnum opus spent decades in development hell, but by the time Nikolaj Arcel’s disastrous attempt at telling the story made it to theaters, it had been hacked to pieces and bastardized into a generic 95-minute fantasy that flopped at the box office and topped out with a dismal 15 percent score on Rotten Tomatoes.

That hasn’t put Flanagan off in the slightest, though, and he teased what he would have in store were his passion project to become a reality during an interview with IGN.

“What it would look like? It would look like the books… It would be a black screen, and the words ‘The man in black fled across the desert, and the gunslinger followed’ would come up on silence, and you’d hear the wind, and we’d gradually fade up to this Lawrence Of Arabia-esque landscape with a silhouette in the distance just making his way across the hardpan. And we would build it out from there in order to the end.

It would just be a question of taking the more fantastic elements that might be harder to connect to – especially where it gets pretty meta at mid-point – and grounding it, just pulling it in. But otherwise the characters are who they are, the arc is what it is, and I think the way not to do The Dark Tower is to try and turn it into something else – to try and make it Star Wars or make it Lord of the Rings. It’s what it is; what it is is perfect. It’s just as exciting as all of those things and just as immersive.”

While the idea of mounting another attempt at one of the worst and most widely-detested blockbusters of the last decade sounds like a ludicrous thing to do on paper, Flanagan’s track record, reputation, and obvious love and appreciation for the source material means that both his fans and the general public would no doubt be much more receptive were his name slapped onto The Dark Tower. Fingers crossed, then, because we’d love to see what he could do with it.