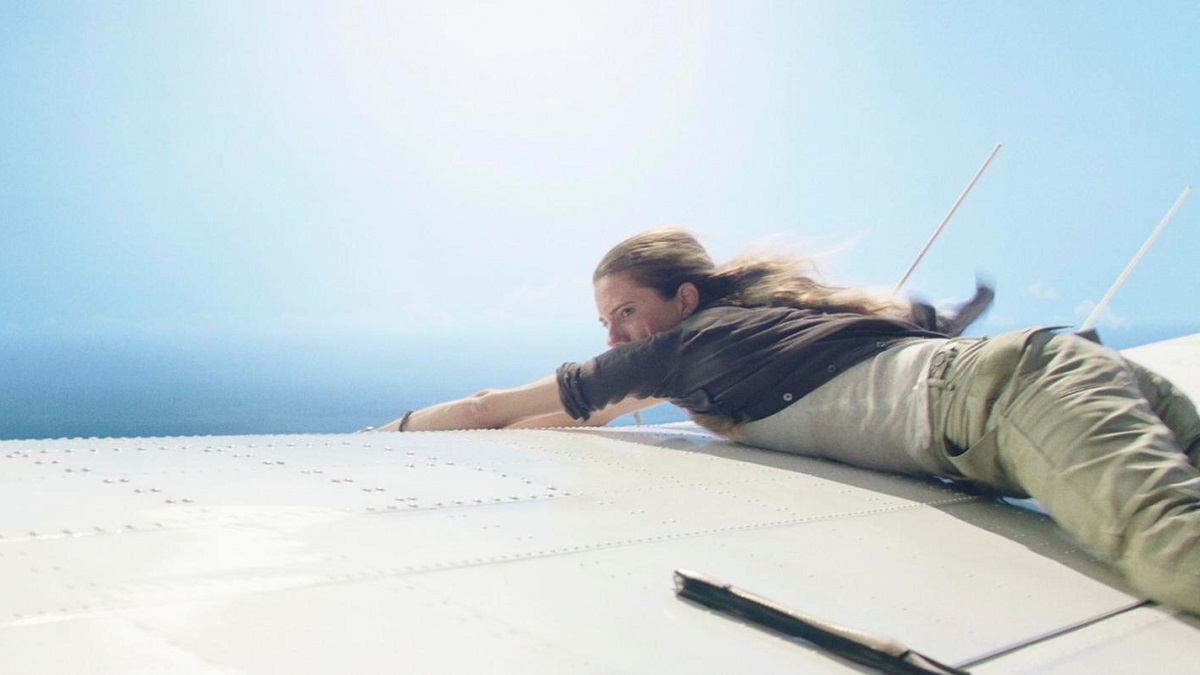 Everyone loves high concept genre movies that offer diverting entertainment, especially if they throw several different elements into the mix at once. Obviously, it helps if the final product is up to scratch, which wasn’t quite the case with 2020’s Horizon Line, despite the film boasting a doozy of a premise.

Imagine an airborne thriller, then take a splash of the disaster epic, and a soupcon of the survival story, and that’s about where we’re at with Mikael Marcimain’s most recent feature. The Last Kingdom‘s Alexander Dreymon and Get Out‘s Allison Williams star as a couple who fell of love, but need to put on a brave face for their friend’s upcoming wedding.

Needless to say, the tension on their tiny aircraft headed to a tropical destination was already palpable, and that was before the pilot suffers a fatal heart attack minutes after they take to the skies. They’ve got no clue where they are, less of an idea on how to land a plane, and a storm looming large in the distance.

On paper, Horizon Line sounds as though it has the potential to be a nifty little B-tier slab of entertainment, but a 40 percent Rotten Tomatoes score and 21 percent user rating points towards rather underwhelming execution.

However, that hasn’t stopped it from making a huge splash on streaming per FlixPatrol, with Horizon Line currently the fourth-top title on HBO Max’s global charts, proving that sometimes a logline is all you need to sell a project to the masses on streaming when they’ve got some time to kill.