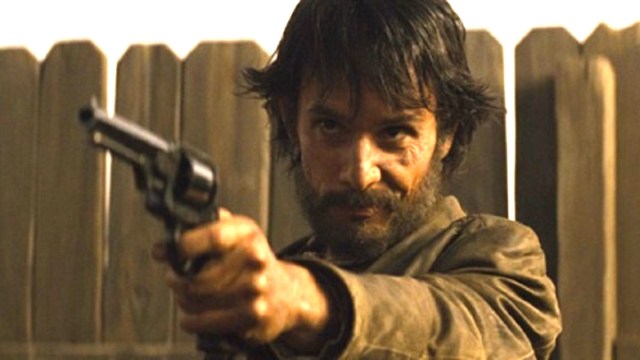 When you think of the most famously troubled or even cursed productions in history, it’s usually those with massive budgets that come to mind first. However, history should never forget the infamously nightmarish existence of Jane Got a Gun, which went through hell or high water for the sole purpose of cratering at the box office.

Initially, Lynne Ramsay was announced to direct a script written by Brian Duffield, with Natalie Portman in the lead role. That was in 2012, but by the time the finished product finally arrived in theaters in January 2016, the upheaval had become so all-encompassing that it bordered on the ridiculous, although Portman stuck with it through thick and thin.

Michael Fassbender was penciled in to play the male lead, but he dropped out to be replaced by Joel Edgerton, who’d already boarded the ensemble as the villain of the piece to be replaced himself by Jude Law. Then, Law vacated Jane Got a Gun, too, which saw Bradley Cooper drafted in. He didn’t hang around for long, either, and it was ultimately Ewan McGregor who filled in.

Ramsay also left the director’s chair, which facilitated Law following suit because she was the reason he’d signed up in the first place, with Gavin O’Connor being brought on – leading to a rewrite of the script by the filmmaker’s Warrior cohorts Anthony Tambakis and Edgerton, but that’s not without mentioning the departure of cinematographer Darius Khondji.

In the end, all Jane Got a Gun had to show for all of its trials and tribulations was a 42 percent Rotten Tomatoes score and a dismal box office run that saw it recoup less than $4 million of its $25 million costs, so it arguably wasn’t worth it in the end. Netflix subscribers may disagree, though, seeing as the Western has dusted off its six-shooter to take pride of place on the platform’s most-watched list this week, per FlixPatrol.