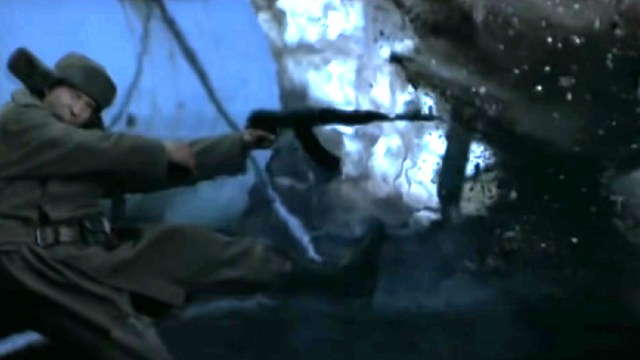 The VOD circuit is awash with bargain basement action thrillers, but one of the more unusual methods of churning out bargain basement B-movies is to take a mildly successful original and then run it into the ground with a slew of subpar (and entirely unconnected) sequels, something that’s become so prevalent you might not even have known Behind Enemy Lines was a franchise.

It is, believe it or not, one that comprises of no less than four installments. Same goes for Jarhead, too, if you can wrap your head around it. The 2001 opener was a mild success at the box office after hauling in almost $92 million on a $40 million budget, even if Owen Wilson is wildly miscast as a downed soldier running for his life with opposition forces making it their mission to wipe him off the face of the planet.

Gene Hackman brings the right amount of gravitas to a role you can quite clearly see he played with one eye on the paycheck, while a Rotten Tomatoes score of 37 percent to complement such superlatives as “borderline propaganda”, “jingoistic”, “thinly-veiled recruitment video”, and other nuggets of high praise indicate that critics weren’t exactly impressed.

However, it was a damn sight better than Behind Enemy Lines II: Axis of Evil, Behind Enemy Lines: Colombia, and SEAL Team 8: Behind Enemy Lines, which make the OG look like The Godfather by comparison. It may have been 21 years since it released, but the directorial debut of future Max Payne and A Good Day to Die Hard director John Moore (which says an awful lot) has put boots on the streaming ground for the first time in a long time.

As per FlixPatrol, Behind Enemy Lines has gone on the offensive on the Rakuten charts, and it’s rather ironically cracked the Top 10 in Serbia, with the nation’s military being presented as the villains onscreen.