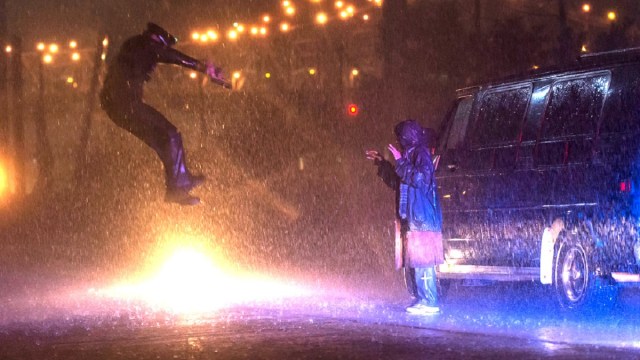 Hard-boiled thrillers, police procedurals, and anything with supernatural shenanigans are three eminently popular forms of storytelling in their own right, so it made sense that the three would eventually be combined in a feature film, with director Malik Vitthal’s Body Cam the end result.

While the high concept pitch sounded more than capable of hooking audiences on paper, by the time the film actually arrived in May 2020, people weren’t exactly itching to spend a couple of hours watching stories unfold where law enforcement officers are painted as the heroes of the piece.

That being said, Body Cam was originally schedule to release theatrically in May 2019, but it was pulled from the schedule and then ultimately sent straight to VOD at the height of the pandemic’s first wave. A 44 percent Rotten Tomatoes score hinted that may have been the smartest call, but Netflix subscribers don’t pay heed to reviews when it comes to spooky content.

As per FlixPatrol, Body Cam currently ranks as one of the 20 most-watched titles on the platform’s charts, and it’s a Top 10 smash in eight different countries for good measure. Mary J. Blige headlines as a veteran officer who finds herself convinced her colleagues are being targeted by a demonic entity after catching sight of an apparition on the titular apparatus, and wouldn’t you know it; she’s right on the money as the corpses begin to pile up.

It may not be the sum of its intriguing-sounding parts, but as far as B-tier horror goes, you can definitely do a lot worse.