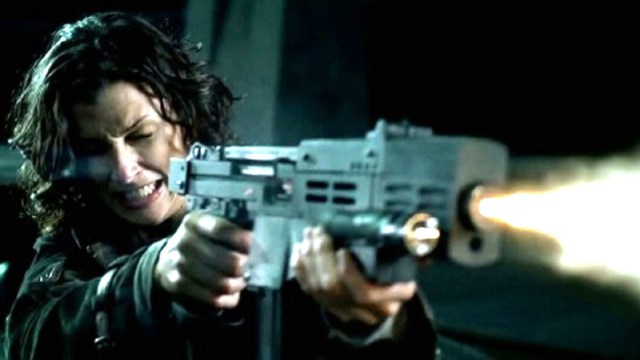 Isaac Asimov is rightly regarded as a titan of science fiction, with many of the principles he embedded in his work still widely-used in the genre to this day. Given that so much of his output was based around the perils of human folly and the advancement of technology, we’d have loved to know what he would have made of I, Robot.

A $120 million Hollywood blockbuster starring Will Smith that also doubled as a horrendous cavalcade of product placement for countless big-name brands (with Converse clearly the worst and most egregious offender), Alex Proyas’ action-packed epic bore only the slightest resemblance to its source material from an ideological perspective, with the focus firmly on spectacle instead.

As a result, the star power of Smith and the high concept premise launched I, Robot to a healthy $353 million box office haul back in the summer of 2004, but it unsurprisingly split opinion between fans and critics. A 56 percent Rotten Tomatoes score highlights the half-baked nature of anything that wasn’t a set piece, while the 70 percent user rating indicates that audiences were happy with the glossy, explosive actioner they ended up with.

18 years on from its initial release, and I, Robot has been gaining sentience on the streaming charts all over again. As per FlixPatrol, the enjoyable enough futuristic escapade that seeks to prevent the robot uprising has crashed into the Prime Video global viewership charts, and even managed to snag a Top 10 spot in the United Kingdom into the bargain.