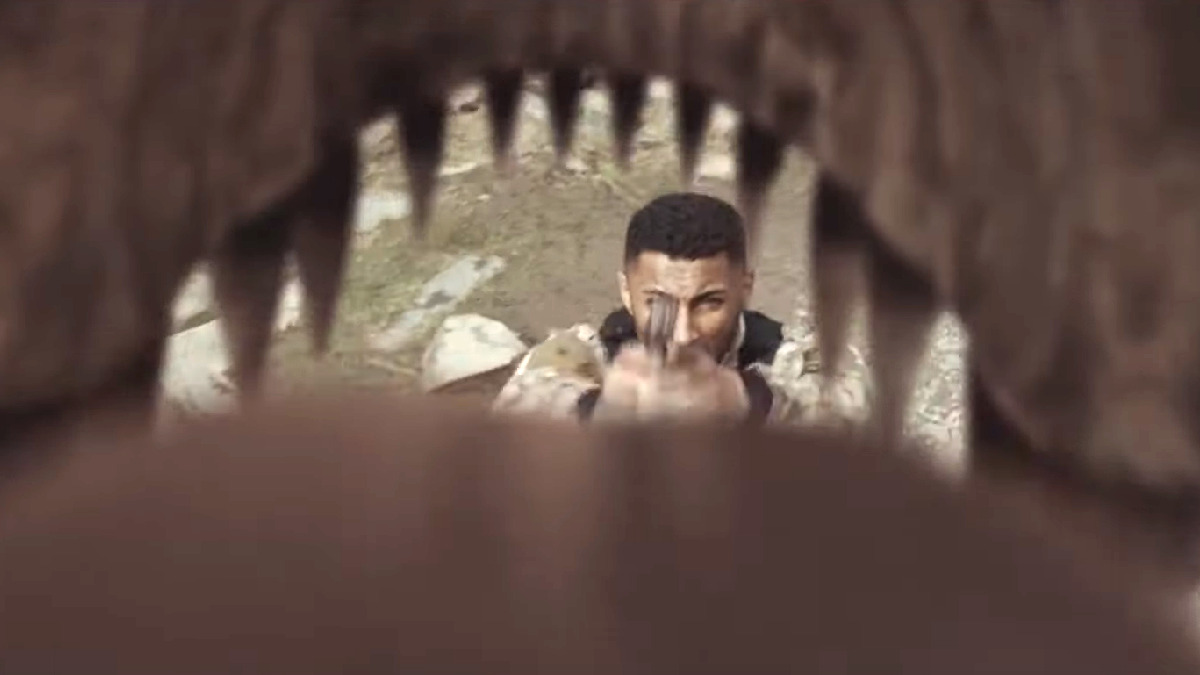 There’s a reason why Hollywood doesn’t make a lot of dinosaur movies, and it’s all to do with Steven Spielberg’s Jurassic Park. However, that doesn’t mean the VOD market hasn’t become swamped with exceedingly inexpensive attempts over the years, with Kingdom of the Dinosaurs swinging for the fences to state its case as the most ludicrous yet.

As mentioned, having spawned a six-film franchise that’s seen four installments earn at least a billion dollars at the box office, blockbuster dino epics are a tough nut to crack outside of Universal’s lucrative saga. Hopefully Adam Driver’s upcoming 65 can buck the trend and live up to its insane potential, but it still won’t hold a candle to Kingdom of the Dinosaurs.

The story unfolds in the near-future of 2030 in the midst of World War III, where the global conflict forces a small band of survivors into an underground bunker to seek safety, shelter, and solitude. Emerging two years later to an entirely different world in more ways than one, the group instantly discovers that for some reason, dinosaurs are now roaming the earth.

We’re not going to even intimate that it’s a good movie, but it might just be worthy of consideration for “so bad it’s actually kinda awesome in a preposterous way” canon. Streaming subscribers seem to agree, seeing as the downright demented sci-fi fantasy with sketchy CGI has taken a sizeable bite out of the streaming charts.

Per FlixPatrol, Kingdom of the Dinosaurs has inexplicably become one of the 10 most-watched features among Prime Video customers in the United Kingdom, and we can only hope they went in with their expectations set at a reasonable level.