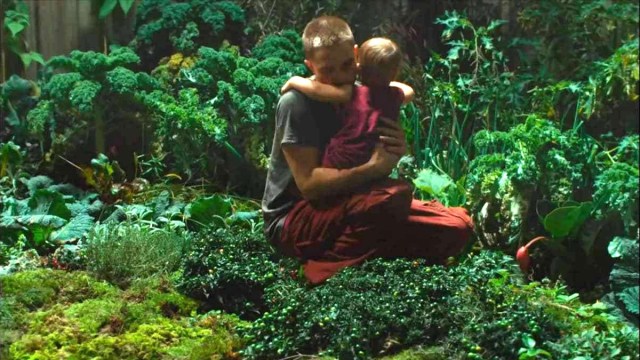 Having finally shed the stigma of being “the guy from Twilight” in favor of being “the Batman from The Batman“, Robert Pattinson’s stock in the industry is now higher than its been since his days a sparkling vampire. Does that mean he’s going to abandon his side gig as a bizarrely dedicated character actor? Let’s hope not, because it’s movies like High Life that helped shape his post-Cullen reputation in the first place.

The English-language debut of acclaimed filmmaker Claire Denis, it would be doing things a disservice to describe High Life as unusual. While it can be broadly described as a psychological sci-fi horror, that barely even scratches the surface of a story that wallows in existential misery, deliberately sets out to confound the audience, and left a lot of viewers less than thrilled.

In fact, while a Certified Fresh Rotten Tomatoes score of 82 percent would have you believe Denis had knocked out a genuinely acclaimed crowd-pleaser, a 42 percent user rating shows that fans were half as thrilled by what they saw as critics. In the end, High Life ended up bombing at the box office anyway, but it’s now making a comeback on streaming.

Pattinson stars as a father and survivor of a reproductive experiment that sent a band of criminals into the deepest reaches of space in the name of science, but he finds himself as one of the last remaining survivors (alongside his baby daughter) as the craft begins to hurtle towards a black hole that spells certain doom. High Life may not have been what people were expecting, but that hasn’t stopped it rocketing up the iTunes most-watched list, as per FlixPatrol.