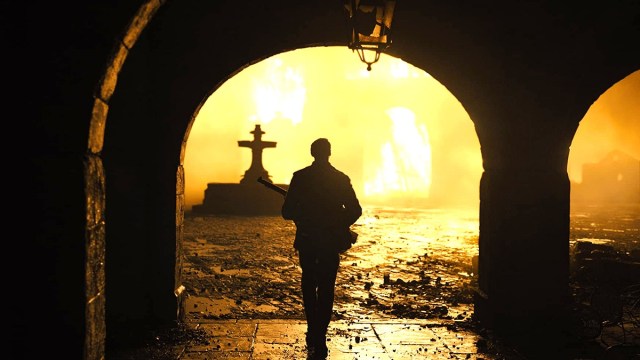 Expectations were high heading into the release of rousing war thriller 1917, based on nothing more than the array of talent assembled to bring one of the genre’s most ambitiously unique storytelling exercises to life.

Academy Award-winning director Sam Mendes collaborated closely with first-time feature writer Krysty Wilson-Cairns to craft a real-time tale designed to look as though it had been executed in a single take, with the narrative following two British soldiers attempting to pull off an impossible task by crossing behind enemy lines to deliver a message to their peers that could save thousands of lives.

Throw in the legendary Roger Deakins as cinematographer, and all the ingredients were there for 1917 to deliver on its lofty premise and then some, which it ultimately did, and then some. $384 million at the box office, identical critical and audiences scores of 88 percent on Rotten Tomatoes, and three wins in the technical categories at the Oscars from 10 nominations (including Best Picture, Best Director, and Best Original Screenplay) signals a job well done.

1917‘s breathless nature and frantic staging may not have quite the same effect when viewed on a smaller screen than the one found at your local multiplex, but that hasn’t stopped it from becoming one of the most-watched movies on Netflix. As per FlixPatrol, Mendes’ incredible achievement in filmmaking ranks as the seventh-top title on the platform’s global charts, having snagged a Top 10 position in 21 countries, with viewers no doubt left in awe of the jaw-dropping style and spectacle on display.