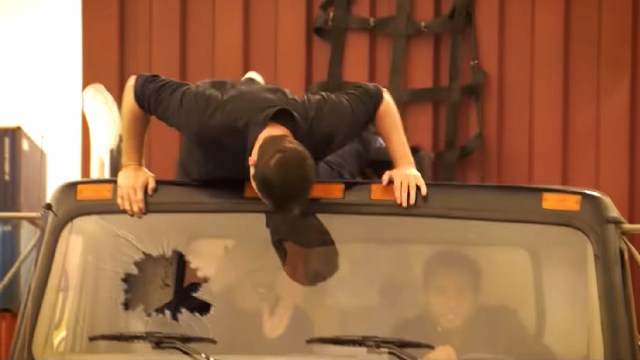 One of the biggest missed opportunities in Hollywood comedy is that we’ve only got two Jump Street movies, with eight years having passed since Channing Tatum and Jonah Hill partnered up to go undercover and foil a nefarious scheme.

The two buddy cop capers rank as a pair of the finest laugh-fests to come out of the studio system in the last decade, netting Rotten Tomatoes scores of 85 and 84 percent, while combining to earn over $530 million on total production costs of under $100 million. 22 Jump Street cemented its end-credits continuations as official canon, but it’s beginning to look as though it drew a line under the franchise for good.

There was even the phenomenal prospect of a Men in Black crossover that came agonizingly close to getting the green light, which had the potential to be one of the best and most unexpected mashups we’d ever seen. Sadly, spinoff Now For Her Pleasure exists somewhere at Sony, but the main drag hasn’t gained a shred of traction for the longest time.

Schmidt and Jenko’s antics haven’t gone out of fashion, either, with 22 having erupted in popularity once more to become the fourth most-watched feature on Hulu’s most-watched rankings per FlixPatrol, because top-tier entertainment will always succeed.

The Jump Street duology is held in such high regard for a good reason, with Phil Lord and Christopher Miller combining heart, humor, improvisation, action sequences, and even more besides into a melting pot that even manages to subvert the tropes of the undercover cop, procedural, and action blockbuster with a wink and a nod, without coming across as smug.