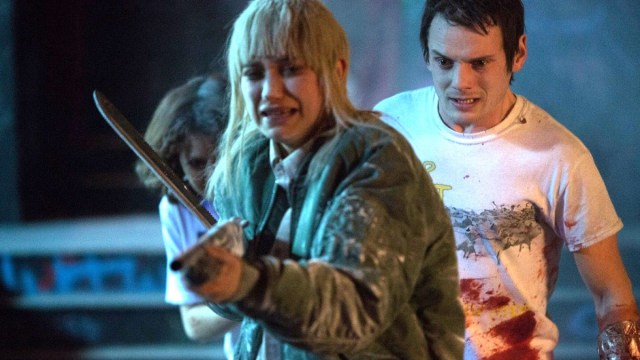 For a film that boasted a raft of talented stars, a high concept premise that combined several wildly popular genres, and almost unanimously positive reviews, it’s nothing short of a tragedy that writer and director Jeremy Saulnier’s Green Room didn’t make more of a splash than it did back in April of 2016.

Backed by the might of independent powerhouse A24, with the filmmaker riding high off the back of his breakout feature Blue Ruin, the intensely uncompromising hybrid of horror and thriller couldn’t even recoup its thrifty $5 million budget from theaters, with Green Room ultimately topping out at only $3.8 million.

Even the presence of a rare villainous turn from genuine legend Sir Patrick Stewart wasn’t enough to convince paying customers that the insanely underappreciated flick was worth their time. Six years on, though, and Redditors are making sure the praises of Green Room are being sung as loud as possible.

The late Anton Yelchin, Imogen Poots, Alia Shawkat, Joe Cole, and Callum Turner star as punk rock band The Ain’t Rights, who find themselves getting caught up in a life-or-death situation when they end up witnessing a violent crime at the scene of their latest concert.

Trapped in a club with a ruthless band of neo-Nazi skinheads who want to ensure they don’t make it out alive, the out-of-their-depth musicians are plunged into a war of attrition that lasts the whole night. A 90 percent Rotten Tomatoes score still wasn’t enough to see Green Room make money, but at least it’s being held up in high regard by the online community, which is exactly what it deserves.