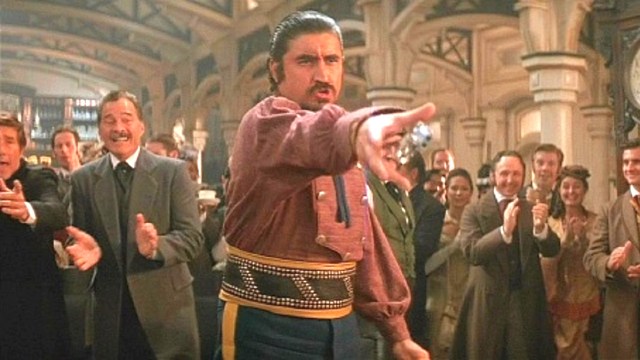 Richard Donner is without a doubt one of the greatest blockbuster directors there’s ever been, with the late filmmaker calling the shots on The Omen, Superman: The Movie, The Goonies, Scrooged, Conspiracy Theory, and the Lethal Weapon franchise to name but a few, although his 1994 Western Maverick never tends to get spoken about in the same breath as his other classics.

That’s not to say it wasn’t hugely popular at the time, as evidenced by a $183 million haul at the box office complementing respective Rotten Tomatoes scores of 67 and 71 percent from critics and audiences. Based on the 1950s TV series of the same name, the star-studded action comedy is a pure adrenaline rush of star-studded entertainment from start to finish.

Mel Gibson’s titular cardsharp scams Jodie Foster and Alfred Molina in order to secure his entry into a high-stakes poker tournament with a substantial cash prize heading the victor’s way, while James Garner’s veteran U.S. Marshal is also hot on his tail as his enemies close in from all sides. It’s been almost 30 years since the film’s release, but based on the enthusiastic response to a Reddit thread gauging the current consensus on the fun-filled escapade, it remains as beloved as ever.

It may not be the finest feature any of the talent have lent their names to, but it’s definitely up there in terms of sheer enjoyment. Everyone involved in the making of Maverick is clearly having a blast making a blockbuster genre flick set in the Old West, and that infectious enthusiasm shines through the screen.