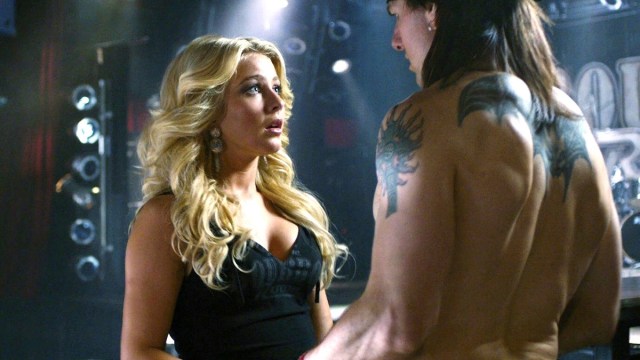 History has shown that musicals are always capable of putting many butts in seats, so from the outside looking in, everyone felt fairly confident that Adam Shankman’s Rock of Ages was destined for wide-ranging success.

Not only was the Broadway show massively popular in its own right, but Shankman’s previous foray into the genre with Hairspray yielded over $200 million at the box office and a trio of Golden Globe nominations, including a Best Picture nod in the Musical or Comedy category.

Then there’s the awe-inspiring assemblage of talent that saw Rock of Ages rope in the likes of Tom Cruise, Russell Brand, Paul Giamatti, Catherine Zeta-Jones, Alec Baldwin, Mary J. Blige, Bryan Cranston, and Will Forte to lend support to leads Julianne Hough and Diego Boneta. In the end, though, the stacked ensemble couldn’t save the end product from disaster.

Given that Rock of Ages didn’t come close to recouping it’s $75 million budget at the box office, you get the impression we’ll never see Cruise cutting loose in a musical ever again. A 43 percent Rotten Tomatoes score was decidedly middle-of-the-road, too, while the 55 user rating shows that not even the target audiences were won over by the distinct lack of charm on offer.

And yet, Rock of Ages has conspired to find huge success on streaming this week. As per FlixPatrol, the maligned song-and-dance extravaganza ranks as the third most-watched title among HBO Max’s global subscriber base, with the promise of famous faces getting cheesy enticing enough to lure in a brand new audience.