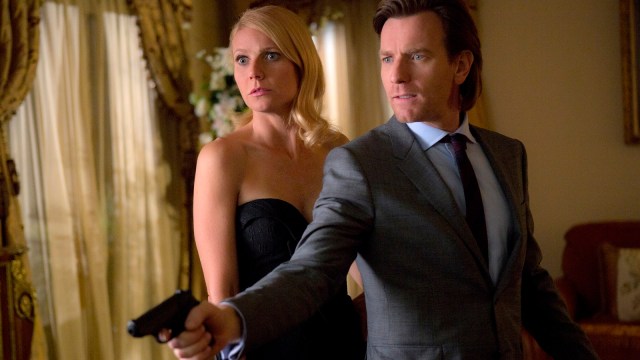 It’s been a while since Johnny Depp has been viewed as a viable leading man, but even before his career hit the skids in very public fashion, movies like Mortdecai underlined why his star was already beginning to fade before he’d even set foot in a courtroom.

Smug, self-indulgent, and awful at every turn, the old-fashioned crime caper thinks it’s a great smarter and a whole lot funnier than it actually is, with critics and audiences hardly wasting any time in turning their backs on Jurassic Park, Mission: Impossible, and Spider-Man writer David Koepp’s sixth feature as director.

Depp plays the title character, a charming British aristocrat and unscrupulous art dealer, who struggles to make ends meet to continue enjoying the lavish lifestyle to which he’s been accustomed. When he’s tasked by MI5 to track down a stolen painting, he becomes embroiled in a slapdash hunt for the loot that involves various nefarious parties, due to the rumored presence of a hidden code within the artwork that leads to a lost stash of gold.

Even with Depp, Ewan McGregor, Gwyneth Paltrow, Paul Bettany, Jeff Goldblum, and Olivia Munn among the cast, Mortdecai was a disaster. Not only did it fail to recoup the $60 million budget at the box office, but respective Rotten Tomatoes scores of 11 and 30 percent from critics and users underline just how unimpressed anyone to have witnessed the film firsthand ended up.

And yet, the colossal cinematic catastrophe has conspired to find a plum spot on streaming, with FlixPatrol revealing that Mortdecai has pulled one more heist to end up as one of the most-watched titles on Amazon’s ad-supported platform Freevee.