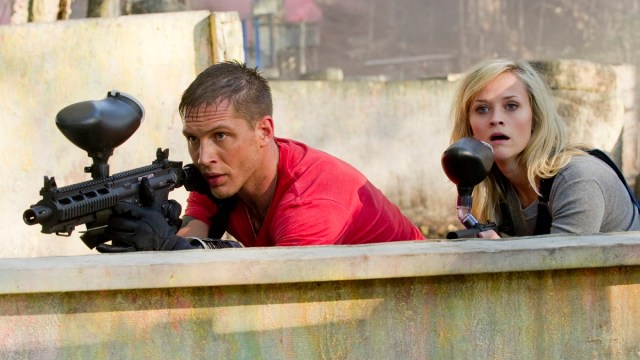 If the level of talent involved in a project was a guarantee of quality, then This Means War should have been an eminently entertaining action comedy at the very, very, very least.

After all, the star-studded cast was headlined by the A-list trio of Reese Witherspoon, Tom Hardy, and Chris Pine, with Will Smith credited on the producorial side of things via his Overbrook Entertainment banner. Behind the scenes, the frothy caper had plenty of blockbuster experience and success through the presence of Charlie’s Angels and Terminator Salvation director McG, as well as a script co-authored by Mr. & Mrs. Smith, Sherlock Holmes, and X-Men: First Class veteran Simon Kinberg.

Instead, what we ended up with was a lifeless genre flick that doesn’t make for encouraging reading when viewed in comparison to the filmographies of the key players. Going by Rotten Tomatoes scores, This Means War is the second worst-reviewed film of Hardy’s career, third-bottom of the Pine pile, and fifth-weakest Witherspoon effort ever at the time of its release.

In addition, it’s the lowest-rated directorial effort from McG (who hasn’t exactly been lauded as a purveyor of cinematic excellence), and Kinberg has only seen three screenplays fare worse on the aggregation site (one of which is 2015’s Fantastic Four), with After Earth the sole feature Smith has produced that netted a more detestable RT rating. In short; ouch.

The plot finds a pair of CIA agents and best friends falling for the same woman, leading them to engage in much figurative d*ck-measuring and subterfuge in an effort to try and win her heart. It did make money at the box office, but the numbers listed above speak for themselves, even if that hasn’t been enough to dissuade Disney Plus subscribers looking at how This Means War has managed to secure a berth on the platform’s worldwide watch-list, per FlixPatrol.