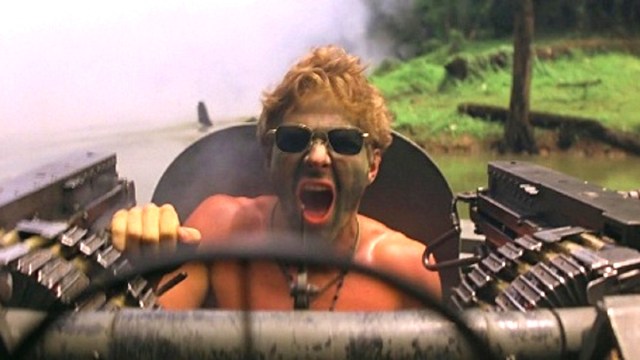 A troubled production has proven itself to be both a blessing and a curse, but few feature film shoots in history have suffered from as much adversity as Francis Ford Coppola’s Apocalypse Now, which comfortably threw off the shackles of disaster to instantly establish itself as one of the greatest movies ever made, regardless of which cut you prefer.

Cameras were originally scheduled to roll for five months, which is a hefty chunk of time as it is, but the cast and crew ended up working for over a year. To add insult to injury (both literal and figurative), sets ended up being destroyed by severe weather, Martin Sheen suffered a breakdown and a heart attack that almost killed him, Marlon Brando showed up so overweight he had to be cloaked in shadows, and the release date was repeatedly delayed as Coppola and his team tried to hammer the exhaustive footage they’d captured into shape.

Then there was the controversy that came attached to a water buffalo being slaughtered for real, the genuine human corpses on display that ended up being acquired by someone who turned out to be a grave robber, and Dennis Hopper’s vocal disdain of Brando leading to the pair refusing to be anywhere near each other on set. In short; Apocalypse Now was a living nightmare from start to finish, but it’s also an unmissable cinematic classic.

It’s also a resurgent hit on streaming, too, with the unapologetic story of savagery and human nature mired in the fog of war notching a spot on the iTunes global most-watched rankings, scoring a quartet of Top 10 finishes across the globe per FlixPatrol. Chaos can often yield greatness, and that was most definitely the case with Apocalypse Now.