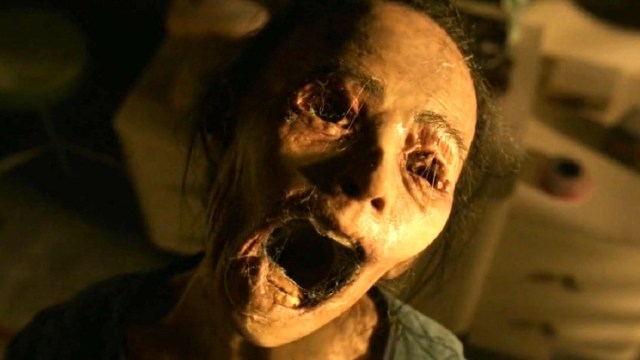 People like horror movies, they sure as sh*t like stories about roguish adventures hunting for long-lost treasure, and everyone without fail absolutely adores The Mummy. With that in mind, surely a combination of the three in what was the most expensive co-production ever between Australia and China would be able to entertain at the very least, right? Right…?

Based on a seven percent Rotten Tomatoes score, a 20 percent user rating, a 4.4/10 average on IMDb, and a 4.5 audience approval rate on Metacritic, we can confidently say that Guardians of the Tomb (or more specifically 7 Guardians of the Tomb, depending on your geographical location) did not leave people teetering on the edge of their seats with excitement.

Li Bingbing, Kellan Lutz, and Kelsey Grammer head up the ensemble, which should probably give you an indication of what to expect. Attempting to make the discovery of a lifetime, an intrepid band of scientists and experts stumble upon the mummified remains of a Chinese emperor circa 200 B.C., who looks almost suspiciously well-preserved.

As you may have guessed, then, the underground labyrinth they find themselves in soon becomes overwhelmed by things that go bump in the night, which includes a swarm of spiders with a taste for human flesh. Too stupid to be taken seriously and not self-aware enough to be in on its own joke, Guardians of the Tomb is simply another hastily-assembled B-tier genre flick.

That being said, it’s one Netflix subscribers have opted to take to their hearts, with FlixPatrol revealing the forgotten fiasco to be one of the most-watched titles on the platform’s global charts. Why? We honestly have no idea.