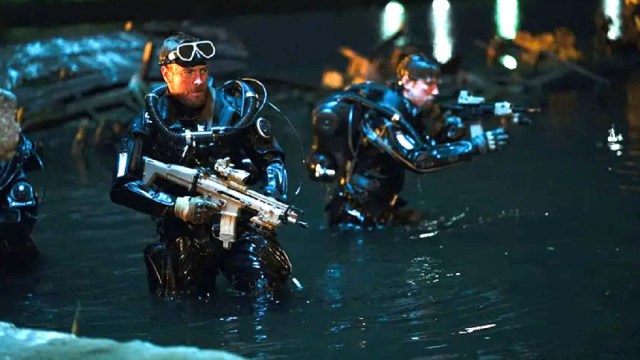 If you’d never heard of the movie before, and someone came up to you out of the blue and suggested you check out an action thriller starring Gerard Butler and Gary Oldman that went by the title of Hunter Killer, any self-respecting fan of the genre would find their interest piqued.

That becomes even more true if you happen to have a soft spot for the submarine film, a well-worn form of filmmaking that’s thrown up countless classics that involved veteran actors bringing their gravitas to the forefront when they go up against a grizzled hero with a twinkle in their eye. The pieces were all there, but director Donovan Marsh couldn’t put them into place.

Hunter Killer failed to recoup its $40 million budget at the box office, and ironically sank without a trace after failing to gather much mainstream attention at all. Audiences gave it a superior reception to critics, based on the respective Rotten Tomatoes score of 68 and 37, but it’s a Gerard Butler thriller at the end of the day, so it’s no surprise the star’s fans were out in force.

The story follows the Scotsman’s Joe Glass, out on the hunt for a fellow sub in distress, who quickly discovers that those pesky Russians are mounting a conspiratorial coup to reshape the geopolitical sphere as we know it, with Oldman’s Admiral Charles Donnegan lending support in the efforts to reclaim the kidnapped Russian premiere and prevent World War III.

Hardly game-changing stuff, then, but Netflix subscribers are at least digging it. As per FlixPatrol, Hunter Killer is right on the cusp of entering the platform’s global Top 20 most-watched list, something we’re definitely attributing to the Butler effect.