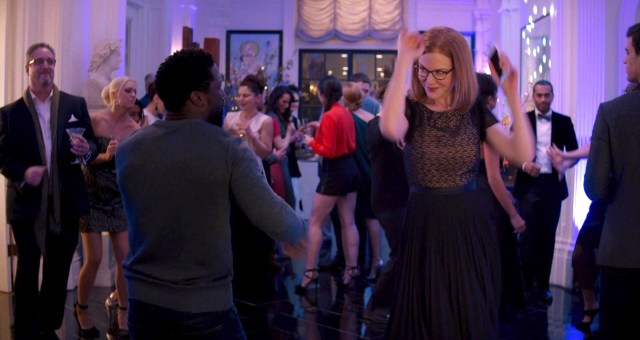 In the wake of Kevin Hart‘s latest comedic caper landing on Netflix — Me Time, co-starring Mark Wahlberg, which is facing an onslaught of awful reviews — it’s time to turn the clock back to another vehicle for the short-stacked stand-up comedian and actor which was similarly met with an underwhelming critical reception when it landed in 2019. Unlike Me Time, however, at least The Upside was aiming to be something good.

As based on the acclaimed 2011 French film The Intouchables, American remake The Upside features Hart as an ex-con who unexpectedly finds himself becoming the caregiver to a wealthy quadriplegic man (played by Bryan Cranston) who has lost the will to live. As you can probably guess, what with this being movie land, the two men form a firm bond and each helps the other find a new zest for life.

Sounds like a recipe for a good movie, right? Well, you would be correct… as long as you’re talking about the French language original. Unfortunately, much of the charm of the source material was lost in translation for The Upside, which was directed by Divergent‘s Neil Burger and also features Nicole Kidman in a supporting role as Cranston’s character’s PA.

Critics were not impressed, with the film sitting at a rotten 43% on Rotten Tomatoes. As the review-aggregate site’s critics consensus surmises, “Preachy, manipulative, and frustratingly clichéd, The Upside showcases Bryan Cranston and Kevin Hart’s chemistry without ever taking full advantage of it.”

Nevertheless, Amazon Prime Video subscribers are loving the movie right now, as it’s just risen up a huge 40 places on the streaming platform’s worldwide charts, according to Flix Patrol.