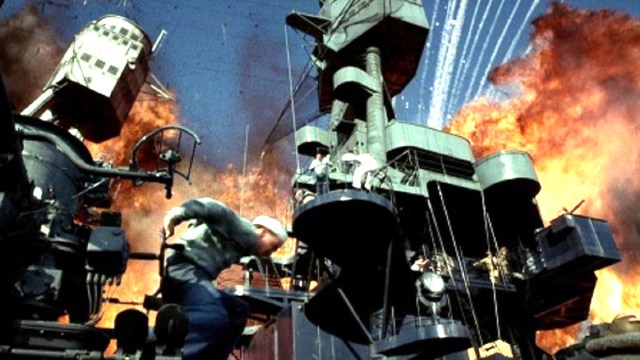 Having established himself as the action genre’s hottest and most bankable talent through the three-in-a-row successes of Bad Boys, The Rock, and Armageddon, Michael Bay sought to stretch himself as a filmmaker for the very first time by tackling a sweeping romance set against the backdrop of an unforgettable historical event with Pearl Harbor.

There were plenty of doubts that such a bombastic, visually-driven talent had the subtleties and nuance in their locker required to deftly toe the line between lovelorn melodrama and the devastating attacks that ushered in a new stage of World War II, and those concerns proved to be largely on the money.

Pearl Harbor was a massive hit at the box office after earning $449 million, and it remains the only Bay movie to win an Academy Award (for Best Sound Editing). However, it also holds a measly 24 percent score on Rotten Tomatoes, as well as becoming the first film in history to win an Oscar that also found itself nominated for Worst Picture at the Razzies.

One thing that can’t be argued is that the pivotal set piece is absolutely jaw-dropping in its construction, execution, and style, but a recent Reddit thread attempting to drum up support for Pearl Harbor hasn’t exactly gone to plan. In fact, the top-voted comment admits that calling it “fantastic” is “a smoking hot take”, and it’s hard to disagree.

It’s a regularly awe-inspiring piece of work on a visual and technical level, but Pearl Harbor is steadfastly lacking in virtually every other key area – from the performances to the screenplay, via the unnecessarily lengthy 183-minute running time and on-the-nose sentimentality so overpowering it’s almost capable of inducing nausea.

No matter what anyone says, though, that 40-minute showstopper is an absolute thing of beauty, and nobody’s got a leg to stand on if they disagree.