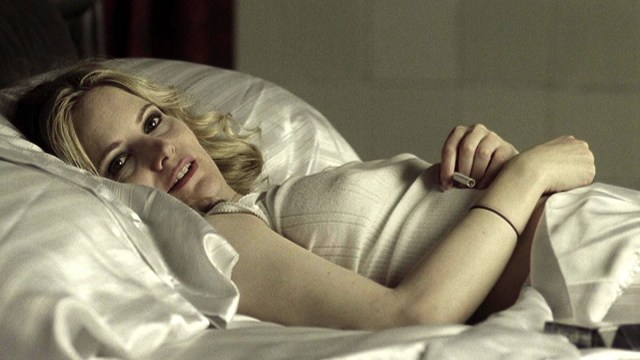 If you were to ask somebody about 2004’s haunting psychological thriller The Machinist, then there’s probably a 99 percent change their response would be something along the lines of “is that the one where Christian Bale emaciates himself?”

While the answer is definitely yes, with the Method man infamously putting himself through the wringer to drop 62 points before shooting through the not-recommended means of cigarettes, coffee, and a solitary apple, there’s so much more going on under the hood of Brad Anderson’s harrowing descent into the mind of one troubled soul.

The only thing anyone ever talks about, or even remembers, about The Machinist is Bale’s jaw-dropping dedication to the cause, but almost every single part of the production from the performance of the entire cast to the no-frills screenplay, via the economical camerawork and atmospheric cinematography, doesn’t deserve to be swept under the cinematic rug.

It’s been almost 20 years since Bale shocked the world with his transformation, but a recent Reddit thread has been fighting the good fight by celebrating the entirety of The Machinist, and not just the headline-grabbing work of its leading man. To be fair, most of the talk focused on Bale’s razor-thin frame as opposed to the actual performance he gave, so it’s more a case of the entire feature being buried under the publicity generated by a sole element of its entire existence.

The Machinist gets under the skin in more ways than one, so let’s hope history ultimately does remember it as so much more than the “skinny Bale” flick.