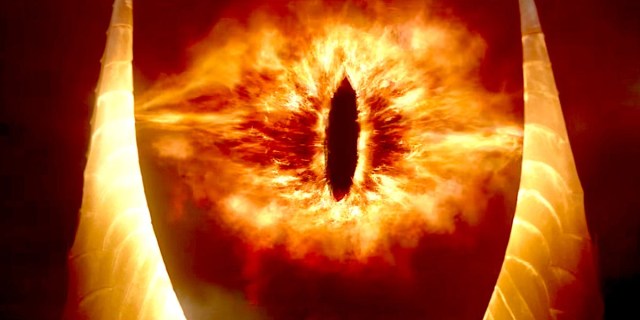 The sinister schemes of Sauron the Deceiver bring many calamities to the Second Age of Middle-earth, something that The Lord of the Rings: The Rings of Power will depict in earnest.

But despite numerous teaser trailers and dozens of promo pics, we’ve yet to actually see the villain or what he’ll look like in the new series. After all, and as many Tolkien fans would tell you, Sauron is one of the Maiar, able to take on any form that he wishes.

Back in the Second Age, the dark lord wasn’t clad in black armor, flailing a menacingly big mace as seen in Peter Jackson’s prologue to The Fellowship of the Ring. Sauron was then known as Annatar, the Lord of Gifts, or the bearer of gifts. He even had a humanoid form, using all the cunning at his disposal to trick the Free Peoples of Middle-earth into subjugation.

Now, following today’s full trailer, Amazon has released a batch of character posters, with one possibly highlighting what Sauron will look like. Check it out below.

We’d already seen this gauntlet and sword in the first character posters that Amazon unveiled a few months ago. Given its undeniable similarity to the villain’s apparel in The Lord of the Rings trilogy, this might very well turn out to be Sauron himself.

Considering his face profile, this is the mysterious “Unknown” character that Joseph Mawle is playing in The Rings of Power. Though whether that’s Sauron himself or one of his lieutenants serving as an antagonistic figure in the first season, we’re just going to have to wait and find out for ourselves when the show starts its run on Prime Video this September.