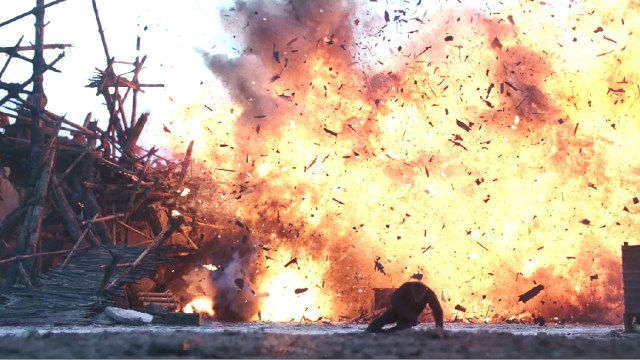 It takes a special kind of trilogy to go down in the history books as an all-time great, with countless pretenders to the throne struggling to maintain a consistently high level of quality across three features. That being said, the 21st Century has offered up plenty of candidates that can comfortably sit alongside the likes of The Godfather, Back to the Future, the Star Wars OGs, the first three Indiana Jones films and the rest, with the rebooted Planet of the Apes triptych being lauded by fans as we speak.

We’ve been spoiled for choice when you think about it, with The Lord of the Rings, Christopher Nolan’s Dark Knight trilogy, Matt Damon’s initial three outings as Jason Bourne, Sam Raimi’s Spider-Man, Gore Verbinski’s Pirates of the Caribbean, and Park Chan-Wook’s Vengeance saga just a few franchises to have delivered at least one stone-cold classic, if not more.

Thanks to almost $1.7 billion in combined box office takings, respective Rotten Tomatoes scores of 82, 91, and 94 percent, Andy Serkis’ stunning work in the lead role as Caesar, thematic and narrative richness, cutting-edge visuals, and some stunning action sequences, Rupert Wyatt’s Rise, along with Matt Reeves’ Dawn and War, are fully deserving of the high praise they’re currently receiving on Reddit.

The Maze Runner director Wes Ball is currently prepping a brand new Planet of the Apes epic, and he’s got a huge amount of pressure on his shoulders to deliver the goods, based entirely on what came before. Whether or not you think the most recent trilogy can be called the 21st Century’s finest is entirely up for debate and down to personal preference, but it can’t be denied that it deserves to be part of the conversation.