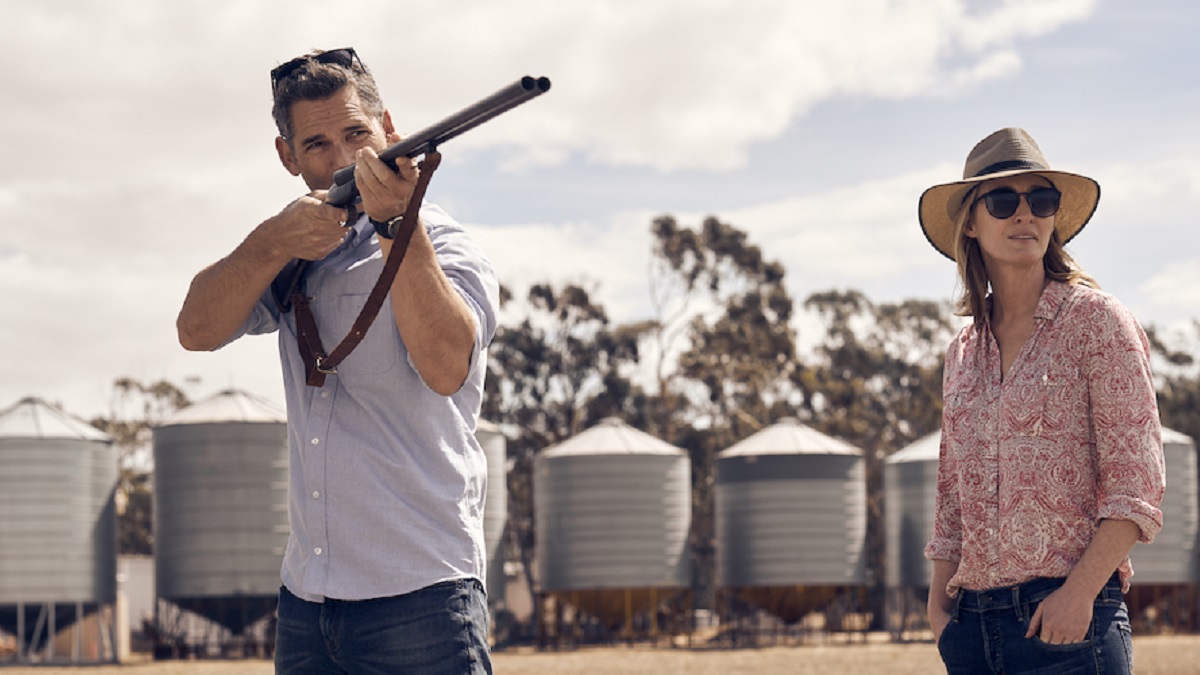 One of the major benefits of the streaming era, at least in terms of the sheer volume of content that’s now available, is the ability to stumble across a genuine hidden gem or two. Having cracked Hulu’s Top 10 most-watched list this weekend to currently sit in seventh position per FlixPatrol, we can now add The Dry to that list.

Co-written and directed by Robert Connolly, Eric Bana headlines the cast as Aaron Falk, a federal agent who returns to his hometown in order to attend the funeral of a childhood friend, one that was alleged to have killed his wife and son before taking his own life, leaving an infant behind as the sole survivor.

Of course, things aren’t as straightforward as they seem, with the emotional character-driven drama of the story soon dovetailing with mystery, thriller, and procedural elements. The Dry was shot in early 2019, but it wouldn’t score a local release in Australia until January 2021, where it turned out to be a solid box office hit.

It barely made an imprint overseas, though, despite widespread praise for Bana’s lead performance, on top of a 90% Rotten Tomatoes score. Now that it’s hit big on Hulu, then, perhaps The Dry is poised to find long-lasting life as an unsung favorite.