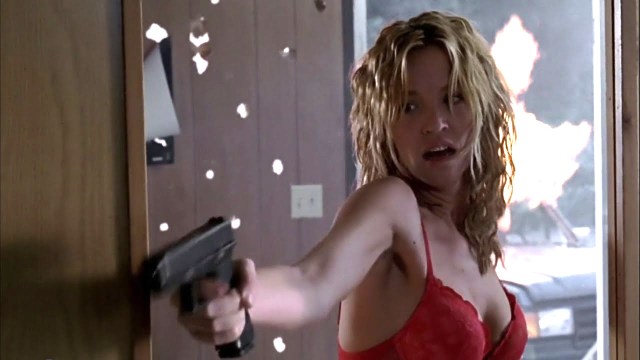 Dwayne Johnson’s Hollywood career didn’t get off to the most stellar of starts, and there was barely a soul in the industry who could have predicted that he’d end up becoming one of the biggest and most popular movie stars of the 21st Century, especially when he was regularly churning out dreck like 2004’s Walking Tall remake.

The Rock’s tentative first steps towards superstardom were tenuous to say the least, with The Rundown, Doom, and Southland Tales all bombing at the box office and taking a critical pounding. That was almost exactly the fate to befall his remake of the 1973 vigilante thriller, too, which only managed to bring in $57 million at the box office on a $46 million budget.

Not only that, but 18 years later and it still sits at the bottom of Johnson’s ass-kicking oeuvre, with a 26 percent Rotten Tomatoes score making it his worst-reviewed foray into the action genre ever, and the fourth lowest-rated live-action work of his career ahead of only Tooth Fairy, Doom, and Baywatch. Ouch.

The actor and producer’s back catalogue has been riding a wave of Black Adam-inspired momentum on streaming, though, with the worthless tale of a decorated military veteran taking the law into his own hands upon his return home currently flying high on the Starz global watch-list, per FlixPatrol.

The weakest action flick to ever feature Johnson in the lead role is hardly a ringing endorsement, but Walking Tall is still a damn sight better than the two VOD sequels starring Kevin goddamned Sorbo of all people.