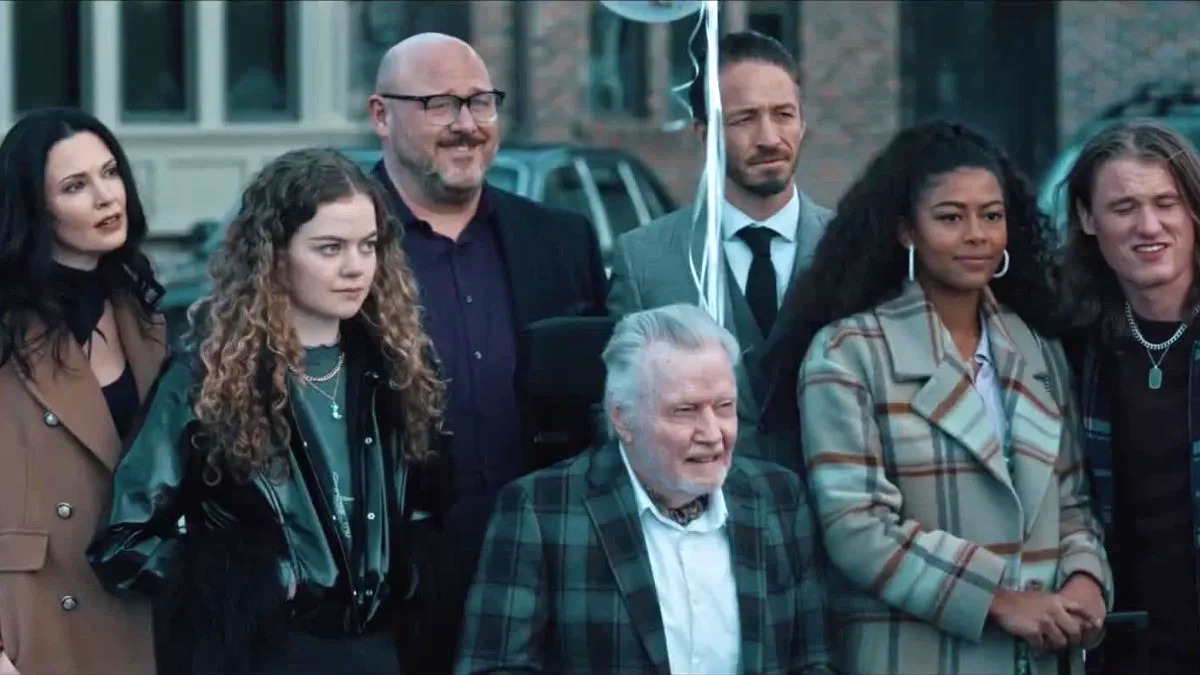 We’re not saying the entire whodunnit resurgence can be laid squarely at the feet of Rian Johnson’s Knives Out duology, especially when Kenneth Branagh’s Hercule Poirot was out of the gate first, but it definitely played a huge part. Wearing its inspirations a little too heavily on its sleeve, Dangerous Game: The Legacy Murders is little more than a pale imitation.

Helmed by journeyman director Sean McNamara, the plot finds a family reunion becoming ground zero for a murder mystery when the Betts clan discover they’re trapped inside their palatial mansion and forced into a deadly game of survival where there can only be one winner.

Calling it a direct ripoff of Knives Out might be a touch too harsh, but we can’t overlook the eclectic mix of veteran character actors, one or two star names, and a couple of unknowns thrown together as a dysfunctional family attempting to unravel the mysterious demises to plague their everyday existence at an opulent home where outsiders are generally frowned upon.

Based on a zero percent score on Rotten Tomatoes, coupled with a surprisingly robust 40 percent user rating, critics and audiences didn’t take too long to see through the facade. Not that it’s done a thing to dent the film’s popularity on-demand, though, even if Dangerous Game: The Legacy Murders isn’t quite performing to Glass Onion levels.

Nonetheless, FlixPatrol has outed the unremarkable and borderline offensively dull outing as the fourth most-watched movie on the Paramount Plus global charts, so we at least know that the whodunnit craze isn’t quite in danger of dying out just yet.